After years of slow but steady growth, the eSports industry really began to take off around 2017, and exploded in 2020. Stay home, they said. Find ways to entertain yourself, they said. Need money? Get creative, they said. Competitive video gaming solved all of these problems – at least, for those good enough to play professionally, and finish in a prize worthy position.

Yo might be surprised to learn just how much the biggest money makers in eSports pocketed in 2020. It’s nowhere on the lines of professional athletes. They aren’t pulling in million dollar salaries like the top NBA, NFL and NHL players. In fact, they have to perform extremely well to earn much of anything at all. But those who do are easily banking 6-figures.

According to data collected courtesy of EsportsEarnings.com, the top 132 eSports competitors in the world each hauled in at least US$100,000, scaling up to more than $500,000 tot he richest player of the year.

We recognized a lot of the names on the list of Top eSports Earners 2020. They’re the same names found in our reviews of the top Call of Duty, Dota2 and Rainbow 6 teams. What we didn’t expect to see was the name Sven “Magnus” Carlsen, a.k.a. DrNykterstein, topping the list.

‘Why not’, you ask? Because he’s a world-class chess player. And to be honest, when we think ‘eSports’, our minds don’t naturally wander to virtual chess. We may think about nay of a hundred different PC or console video games, but we really don’t think about chess.

Magnus Carlsen thinks about it a lot, though. In 2020, the 30-year-old Norwegian chessmaster thought about it so much, he earned $510,587 in competitive play on Chess24.com. Way to go, Magnus! That 6-figure chunk of change earned you the top spot among this year’s biggest eSports money makers.

Who else is on the list? A couple more Chess24 elites, but mostly traditional eSport-ers. Let’s take a look at the top thirty highest earners in 2020.

CS:GO the Most Rewarding eSport in 2020

You wouldn’t know it by looking at the data above, which appears to mark Call of Duty as the most rewarding eSports competition of the year. After all, ten of its most esteemed pro players appear in the top 30 earners list. In reality, Call of Duty – between its Modern Warfare, Warzone, Black Ops Cold War, and Black Ops 4 editions – paid out a combined $9.37 million across 102 tournaments. That puts COD in second place, just above Dota 2 ($9.32m). If you separate the COD editions, Modern Warfare comes in 5th place with just $6.27m, Warzone in 12th at $2.83m.

The number one spot, by a landslide, goes to Counter Strike: Global Offensive, paying out $15.85 million across a staggering 574 events. 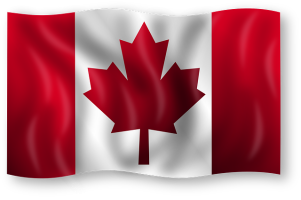 Carlsen’s half-million haul was impressive, but it was only enough to push Norwegians into the 19th spot among highest earning countries in eSports. Canadians, on the other hand, performed just well enough to slip into the Top 10 position overall, and – among those top ten – the 5th spot when taking into account average cash per player.