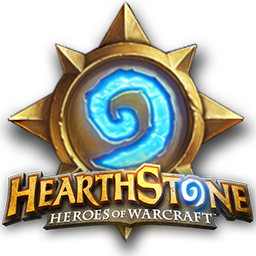 Hearthstone is a different breed of competitive eSports. The speed and dexterity of ones appendages has little to do with success. Hearthsotne is Blizzard Entertainment’s virtual incarnation of a classic collectible trading card game, originally known in the physical world as the World of Warcraft Trading Card Game (TCG). It was reimagined for online play in 2014, debuting under the name Hearthstone: Heroes of Warcraft, and quickly evolved into the globally renowned eSports TGC known simply as Hearthstone. More than two dozen core game, adventure, and expansion packs have been released since the free-to-play game was introduced online.

Professional Hearthstone events got underway immediately, with the first online events taking place in 2013 during beta testing. Following its PC/Mac release in March 2014, Tespa announced the Collegiate Hearthstone Open. The Electronic Sports League (ESL), Major League Gaming (MLG), and others soon organized events of their own. The professional realm of Hearthstone has been an online sensation ever since.

TGC games are very straight forward. Its stylized graphics and speed of play make them a perfect betting market for eSports fans in Canada and beyond. Due to the nature of Hearthstone competitions, there aren’t a whole lot of betting options to choose from. You can wager on the winner of a match, winner of a series, winner of a tournament, or select from a short list of proposition bets.

As an 1v1 game (as opposed to team-based eSports), punters can gain an advantage with a little due diligence. Studying each player, how they perform in various situations, and the strengths / weaknesses of one deck versus another, is the key to long-term success in eSports betting on Hearthstone.

This is a bet on a one player to win a single match against another player.

Hearthstone tournaments are generally devised as a series of best-of matches between two opponents (i.e. best of 3, bets of 5). Thus, a match winner bet is a wager on the winner of a series of matches, as opposed to a single match.

This is a wager on the player you think will win an entire tournament series.

For more details on exactly how to conduct Hearthstone eSports wagers, please refer to the generalized betting topic: 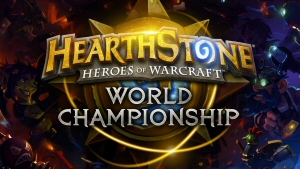 Competitive Hearthstone tournaments continue to grow in volume with each passing year. Organizers are continuously hosting local, regional, and global tournaments, with ever-increasing prize pools rising into the 5- and 6-figure range. The game hasn’t drawn a large enough audience to reach million-dollar prize status, but I doubt the elite 8 who compete in the annual Grandmasters Hearthstone World Championship are complaining about competing for $500k.

There are three major series that take place each year. Regional Grandmasters are multi-stage events held throughout the year to determine the elite 8 that will compete in the Grandmasters Hearthstone World Championship (HWC) each December. The Masters Tour is also a regional event. Five Masters were held in 2020, each welcoming hundreds of players to compete online for the half-million prize.

These and other popular Hearthstone tournaments include:

Hearthstone Game Play at its Core

The Hearthstone video game is a free, digital recreation of the original physical trading card game. Players collect packs of cards to build a deck. The strength of each deck is based upon the cards within. The best players are those that build a balanced deck, utilizing cards that complement one another. Legendary cards are prized possessions in the Hearthstone community, but the best players know to limit the number they put in each deck.

In many ways, Hearthstone is comparable to a heads-up game of poker. Each player has his or her own degree of skill. One may be more experienced than another, giving them an overall advantage, but the non-deterministic output of a random shuffle imbues each deck with an element of chance. Thus luck of the draw can and will play a role, however slight, in every game.

A game begins with the toss of a coin to determine first player. The winner of the coin toss will draw three cards to form a starting hand, and begins with 1 mana point. The second player gets to draw four cards, and receives 2 mana to begin with. Both players have the option to ‘mulligan’ any of the cards drawn until they are satisfied with their starting hand. Then the game begins. 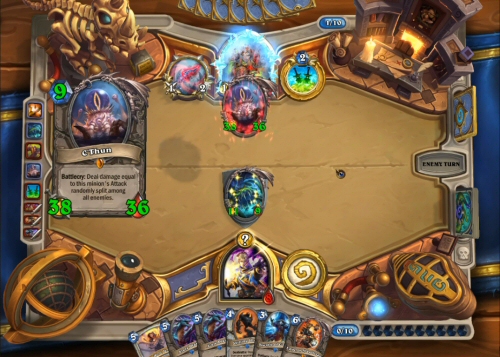 Players take turns playing cards. To limit each player’s abilities, mana must be spent to play any card. The better the card, the more mana required to play it. Thus stacking a deck with legendary cards is a waste of time, as players will rarely get to use them before being destroyed by a more balanced deck.

Each card has an attribute or value of some kind. The four basic types are heroes, minions, weapons, and spell cards. Players use these cards to inflict damage on their opponent, attacking directly or by triggering events. The player to deplete their opponent’s health points first wins.

How and Where to Watch Hearthstone eSports

For serious TCG gamers, watching professional players in competitive Hearthstone matches is almost as fun as actually playing the game. For Hearthstone eSports bettors, putting money on the line makes it all the more thrilling to watch. You can catch every minute of every pro Hearthstone tournament on the usual live streaming services, YouTube, Twitch and Major League Gaming.