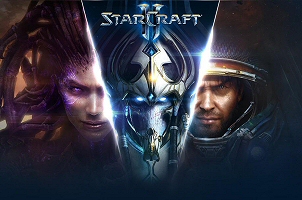 When Blizzard Entertainment first released Starcraft II in 2010, it was an instant success, grabbing an already massive fan base from the original Star Craft: Brood Wars (1998). Today, the game still has an impressive following, not to mention a few major championship leagues, but it’s not what it was a decade ago. That fact can be blamed largely on the rising popularity of mass online battle arena (MOBA) titles like Dota 2 and League of Legends.

Still, this game continues to draw mainstream traffic from all sides – players, viewers and eSports betting enthusiasts alike. A pair of expansion packs, SC II: Heart of the Swarm and Legacy of the Void, helped that along. What it hasn’t drawn, unfortunately, are the colossal sponsorships those other MOBA’s are getting.

Despite the diminished spotlight, Starcraft II is most definitely worthy of its unwavering inclusion on all the major eSports wagering platforms. It is, and has always been, most popular in South Korea, with a respectable following in North America, as well. That’s where most of its players reside, and where the most SC II bets are placed from.

If you’re considering joining the countless punters who follow SC II events, my first suggestion would be to familiarize yourself with the game mechanics. At its heart, it’s a base-building, resource gathering game, wherein each player seeks to destroy the enemy’s base. But once a player is on the move, the action comes on faster than a freight train – especially when professional players are competing.

If you don’t understand the game, watching it won’t make a lot of sense, and will greatly diminish the enjoyment of watching two elite players go head to head. Just a little experience can go a very long way in comprehension, as well as recognizing good strategies when you see them. Fortunately, experience comes cheap these days, as you can download a copy of SC II free on the official website. Only the expansions cost money, and they’re not expensive; around $20 for both.

As for bet types, there are four basic wagers universally presented by reputable eSports betting sites.

A bet on the team you think will win the match. To win, a team must be successful in destroying the enemy’s base. The base goes by different names, depending on each team’s faction. A teams of Terrans will defend its Command Center. Protoss teams defend the Nexus. Zergs control a Hatchery. Destroy the base, and the game is over.

A complete game is played on multiple maps, with each match being worth of a point. A Map Winner is a bet on a team to win the match played on a specific map.

Each competition is played to ‘Best of 5’. Each time a team wins a map match, they receive a point. This bet allows punters to bet on the exact score of the match. You might bet for a sweep of 3-0, or a hard-fought 3-2 victory.

Last but not least is a bet on the team that will win the Starcraft II tournament. Individual matches do not matter, so long as the end result is a win for your team.

For more details on exactly how to conduct Starcraft II eSports betting, please refer to our previous segment: 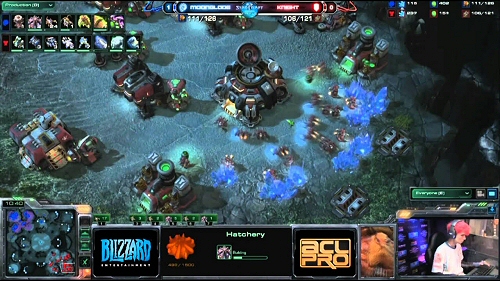 Starcraft II was one of the most significant catalysts for the expansion of eSports and eSports leagues as a whole. The most famous of them all is the Global Starcraft League, or GSL for short. To qualify for this league is an achievement worthy of great pride. It begins with a mass of qualifiers. Round after round, elimination after elimination, leads up to the round of 8. This is played out more like a playoff scenario, where each player competes in a best of 5. The semi-finals and finals increase to best of 7.

The Starcraft II Star League is another big one, similar to GSL. Three different leagues – Fast Lane, SSL Challenge and SSL Premier – combine to make up this multi-qualifier event. In the end, it’s the top four players overall that reach the playoffs and compete for the title of Star League Champion.

The SC2 Masters is another prestigious event hosted by DreamHack. It is the first leg of the ESL Pro Tour. Qualifiers lead to a 16-player, best-of-3 tournament. The top 8 move on to best-of-5 playoffs, leading up to best-of-7 finals.

A smaller but much more active league is the SC II Olimoleague. It features a weekly, sudden-death tournament series that boosts each week’s winner into a more prestigious, monthly tournament. Weekly events award $100-$150 at best, with prize pools of about $350 for the monthly events. And while they aren’t particularly lucrative, they can quickly catapult a nobody to insta-fame status.

Starcraft II sends players into the dramatic void of outer space to conquer the galaxy. What sets it apart from so many other eSports isn’t just the basis of futuristic technology, but the fact that it’s a single-player game, aligning individual competitors in head-to-head matches. Not having a team eliminates some of the cohesive strategies that make Dota 2 and LoL so popular. At the same time, a single person with supreme cunning can take down just about anyone. 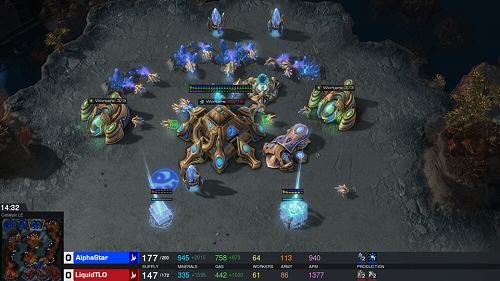 A game starts with each player choosing their faction – Protoss, Terran or Zerg. Terrans are quick and highly defensive units, but lack offensive power. Protoss are the most powerful, but they’re resource hogs that take time to develop. Zergs produce vast armies at little cost, but are the weakest of the factions. All three have their advantages, if played correctly.

Each player begins on their own end of the map, setting up camp, gathering resources, building and upgrading structures and – of course – amassing an army. From there, players must scout the map, locate the enemy’s camp, and complete the objective of destroying the enemy base. The first to do so wins the game.

How & Where to Watch Starcraft II eSports

There’s no shortage of Starcraft II live streams on every major services from Twitch, to YouTube, to MLG. If it’s the major players you want to watch, you’re better off going directly to the source of their eSports leagues. Here are some of their more prominent streaming links from developer and league officials.

What SC II Teams are Worth Betting On?