The world of electronic sporting competitions, affectionately known as eSports, is only growing larger with time. More players and teams are taking interest. More worldwide competitions are being held. But millions of Fortnite fans feel like they’re getting the cold shoulder.

In 2019, Epic Games hosted the inaugural Fortnite World Cup. It was a ground-breaking event, guaranteeing a staggering $30 million in prize money. The eSporting community has not experienced a FN World Cup since. You may think you know the reason – after all, the world changed a lot in 2020 – but that had nothing to do with it.

Why Fortnite eSports May Never See Another World Cup 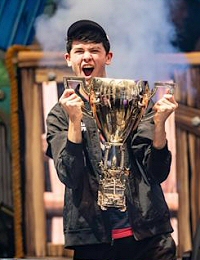 That World Cup was a phenomenal event that saw the world’s best 100 individual players, and 50 duo teams, competing for the massive $30 million prize pool. It was truly an “Epic” tournament series; one that saw Kyle “Bugha” Giersdorf – then 16 years of age – claiming the title of 2019 Fortnite World Cup Solo Champion, along with the life-changing $3 million prize for 1st place.

It was such a fantastic series, teeming with excitement and emotional fanfare, that Epic Games expected to line its pocket with a sea of wealth (on top of their existing oceans of gold). But that wasn’t the case. In fact, Epic Games over-estimated the value of its foray into eSports by $154 million. And that, my friends, is why we may never see another World Cup – at least, not another one like the 2019 inaugural edition.

Fortnite World Cup Not Worth the Expense

The cost of diving headlong into eSports was high for Epic Games. They didn’t mind at the time, because they honestly believed it would be a vastly profitable investment. First, they poured $100 million into prize pools right out of the gate, positioning Fortnite Battle Royale as a competitive eSport in 2018. Then, another $100 million was designated for prizes in 2019, including the first Fortnite World Cup, worth $30 million alone.

The idea was that putting so much money up for grabs would generate such immense excitement, that they would easily make their money back, and then some. Instead, the company’s annual revenue projections came back almost $400 million shy of expectations. And $154 million of that over-estimation came from the company’s blind leap into eSports.

Putting out crazy amounts of money was their most obvious mistake. Another problem, in my opinion, was the way prize money was allocated for FNWC. Of the 100 solo players, prize money was guaranteed to – ready for this? – everyone! The top 20 finishers would receive anywhere from $125,500 up to $3,000,000. Everyone else, from places 21 to 100, was guaranteed a $50,000 payout.

Now, I don’t know about you, but I feel like that guarantee of $50k is enough to make anyone play just a little less hard. If I go into a competition knowing I have to beat 80% of the field to win anything at all – or at least anything worth taking home – I’m going to make sure I do my absolute best to hit that 20th place mark. If I know that, just by registering, I’m going to walk away with enough money to buy the absolute best PC gaming setup money can buy, with all the bells and whistles, and probably a new car to go with it, I’m not going to be butt-sore about being the first player eliminated.

For the record, the duos competition played out exactly the same way. The top 10 teams earned $225k to $3 million a piece, while the remaining 40 teams collected $100k each.

Why Epic Should Bring the FN World Cup Back Anyway

So Epic didn’t make as much money on eSports as they anticipated. There were some obvious mistakes made. I assure you, canceling the 2020 FNWC had a lot more to do with disappointing revenue than a global health crisis. And at this point, the company would probably feel embarrassed to come back with something like 1/10 scale prizes on the table. But they need to, and here’s why.

First and foremost, eSports is one of the fastest growing competitive industries in the world today. If your game has over 125 million active players, and you’re not offering them an eSports outlet, that’s far more embarrassing than reducing your prize pools.

Second, it’s not like Epic Games can’t afford to put more into eSports than they get out of it. In the 2018-19 fiscal year, when they were so distraught over missed projections, they still made $4.2 billion. They planned to make $4.59 billion. Yes that gaping $400m hole is a big one. But let me repeat – they made $4.2 billion in 12 months.

How do we know this? Because this information was made public during the court trial of Epic Games vs Apple. Legal teams shared documents that stated the amount of money Epic Games hauled in during that 12-month period ($4.2bn), as well as the amount they had previously forecast for the year ($4.59bn). Digging further into those documents, it was stated that Epic Games intended to net $154 million more on eSports that year than they actually did. That over-estimate accounts for nearly 40% of their over-projection in revenue.

The Cost of Fan Appreciation

Epic Games decided it wasn’t worth investing in something that wasn’t going to return a profit. And yes, that does make sense from a business perspective. But when you’re dealing in billions of dollars in profit, and trying to please over one hundred million users – most of which who are contributing to that 10-figure revenue – don’t you think it’s worth giving something back to that community?

All it would take is some simple tweaking to put the World Cup back in the Fortnite eSports map. I promise you the 125,000,000+ fans would be happier for it. They don’t need multi-million dollar prizes for first place. They don’t need $50k guaranteed to each and every qualifying participant. What they need is a respectable championship series; one that will keep them striving for the ultimate goal of claiming that epic championship title.