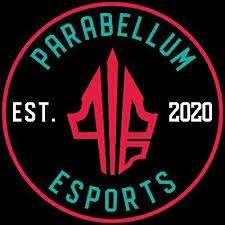 With each passing year, the world of eSports grows a little larger, expands a little wider, attracting a more diverse community of players, viewers and, no doubt, bettors. Such growth is earmarked by the appearance of Parabellum eSports in the 2021 running of the Six Invitational.

Parabellum’s inclusion in the biggest annual Rainbow Six Siege eSports tournament marks the first time a Canadian team has ever participated in the prestigious event.

The 13-day event starts this afternoon in Paris, France, and will wrap up on Sunday, May 23. No matter what happens, this event will go down in the record books as an historic occasion for the Six Invitational and the Canadian eSports group.

Parabellum eSports doesn’t just want to be the first team from Canada to compete in the Six Invitational. They have every intention of being the first to win it, as well. 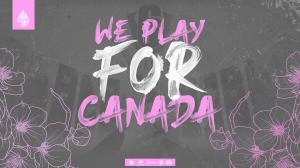 “We are coming to Paris as underdogs, and leaving as champions,” bolstered Ben Feferman, CEO of Parabellum’s parent company, Amuka eSports. “I’m so proud of all the players, coaches, managers, and of course our fans. I promise we will not let you down!”

Such confidence can be contagious, and that means a lot of Canadian bettors may be taking action on their hopeful hometown heroes.

The Parabellum R6 eSports team will proudly sport its new, pink gaming jerseys, inspired by the famous cherry blossoms of Toronto. It will, of course, also feature the names of each one of their proud sponsors – CORSAIR, Zowie, Coinsmart, and their title sponsor, FPS Pool.

The Six Invitational is what gamers like to think of as an informal World Cup for the Rainbow Six Siege eSports community. The best R6 players from all over the world gather to compete in the event, marking the finale of the previous year’s series.

It’s kind of surprising that Canada has represented in the Six Invitational up to this point. After all, the tournament, hosted by the game’s creator and publisher, Ubisoft, normally takes place in Montreal, Quebec. Due to regional regulations and health considerations, this year’s SI competition has been moved to Paris, where it can be held as a LAN Rainbow Six event (as opposed to an online event). Ironically enough, just as the annual SI leaves Canadian soil, the first Canadian eSports team manages to qualify for an invite.

No doubt, this year’s event will break some records for Rainbow Six eSports, just as it’s done in every year past. It’s consistently seen higher viewership with each tournament held, topping out at 303,155 peak viewers across all platforms in 2020. The entirety of the broadcast spanned nearly 90 hours of watch time, with Twitch leading the streams at 5.1 million hours watched by an average of 58.509 viewers, start to finish.