Ranking just below Call of Duty and CS:GO in the MMOFPS eSports vertical is Tom Clancy’s Rainbow Six Siege, a.k.a. RB6. When the game’s prequel, R6: Patriots, fell short of technical expectations, its creators at Ubisoft rebooted the franchise with R6: Siege in 2015, and it’s been a premier member of the MMO class of tactical shooter video games ever since.

2018 was the first big year for Rainbow 6 Siege in the competitive eSports arena. Ubisoft invested in larger prize pools across a greater selection of competitions, inviting more tournament operators to host events, and more featured teams to participate in them. This brought RB6 into the limelight and solidified its position as a top-tier contender among eSports video games.

There are lots of ways to bet on this immensely popular FPS cybersport. Match betting is the most common, but you’ll find plenty of side action to choose from, as well. You can expect to find all the usual suspects for this style of tactical shooter.

The types of bets most commonly available are:

These are the simplest of all eSports bets. Pick the team you think will win, place your bet, grab some popcorn and watch the match unfold via live stream. If your pick wins, you win the bet. If not, you lose. Note that the odds on match winners are rarely even. The favorite will pay less, while the underdog pays more. Doing your research can really pay off here.

The Map Winner bet is a wager on which team will win a specific map in a best-of series of matches.

Outrights (a.k.a. futures) are long term bets placed at the beginning of a tournament or season. You pick the team you believe will take first place in the whole tournament. The payouts on these bets can be grand, but they are far from easy to predict.

This is a type of Futures bet in which you can pick a team to make it to the finals of a major event. It doesn’t matter if they win the tournament. So long as your team reaches the finals, you’ll win the bet.

Prop bets, a.k.a. specials, are wagers that revolve around certain actions that may take place during a match or tournament. You can bet on whether some specific event will or will not happen. In the case of RB6, it’s a very straight-forward, team-based tactical shooter. Thus, there aren’t many prop bets, if any, to choose from at eSports bookmakers. If you do find them, they’ll be on things like First Blood (team to get the first kill), No Deaths (winning team suffers no casualties), and Hostage Dies (one team will lose by killing the hostage).

In-play bets are basically proposition bets that can be placed during a live match. Again, there aren’t a lot of props for RB6, but some eSportsbooks do offer them. Because these bets happen in-play, you’ll see things like Next Kill, as opposed to First Blood.

For more details on exactly how to conduct Rainbow 6 Siege eSports betting, please refer to our previous segment:

R6 Siege tournaments can be difficult to follow in the sense that there are so many of them. Most eSports game’s events are organized by a major sponsor. There may be regional tournaments throughout the year leading up to the majors, but overall, they are confined to a single branding. Rainbow 6 is different. The game’s creators allow a variety of tournament organizers to get involved, creating a mish-mash of R6S divisions and tournaments all over the world, and all throughout the year. 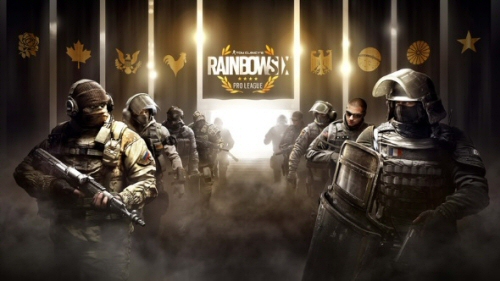 If you’re looking for serious majors, the Electronic Sports League (ESL) hosts the top dog, Rainbow Six Pro League, as well as a few other annual RB6 events. Every reputable eSportsbook will present odds on these weekly and monthly matches.

The other event you’ll want to watch out for is the annual Six Invitational. It kicks off in January and runs for five weeks, culminating into the game’s World Championship event in February. Only the best teams in the world are invited to participate, making it one of the world’s most anticipated eSports events of the year, and it all takes place in the game’s hometown of Montreal, Quebec, Canada.

If it’s deep tournaments with massive prize pools you wish to bet on, the ESL’s Rainbow Six US Nationals is a good one to get in on. The results of this tournament will decide the season’s Team USA. The event starts in April, featuring a multitude of teams, numerous qualifier rounds, all leading up to the series finals.

These and other popular RB6 events include:

Most games of this nature are either based on historical battles (e.g. CoD: WWII), or are animated to represent a purely fictional plot (e.g. Overwatch). Rainbow Six has a unique back story, having started as an incredibly popular series of novels by best-selling author Tom Clancy. The very first video game spin-off, Tom Clancy’s Rainbow Six, was launched by Ubisoft in 1998.

Since then, more than 20 DLC expansions and sequels have been produced for every console from N64 and GameCube, to PlayStation (1 thru 4), Xbox, and of course, PC. When Rainbow Six: Siege hit the market in 2015, it set the stage for eSports fandom. No doubt the next installment, Rainbow Six: Quarantine, due for release in 2021, will carry on the legacy.

I like to think of RB6 Siege as a highly mutated clone Call of Duty: Modern Warfare. They are similar in a few ways. They are both MMOFPS games with modern, realistic settings. Both allow you to shoot through walls. Both present two teams – the attackers and the defenders – with similar objectives, like defusing bombs and defending points on the map. But that’s where the similarities end. 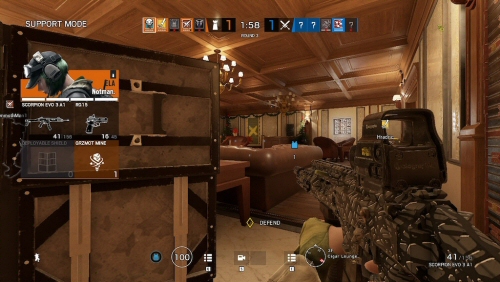 Rainbow 6 is far more tactical. You cannot jump, therefore cannot evade bullets by bouncing around from one point to the next (which is highly unrealistic in a real combat setting). You cannot lean out from behind cover for a quick-shot. Rainbow Six lets you choose from a variety of characters, called operators. Each operator harbours different in-game attributes and talents. Some are faster, some have greater accuracy, better armour, more stealth, etc. More importantly, you don’t respawn every time you die in RB6.

This game requires players to be more decisive and strategic. It’s not just just about equipping armour and weapons, but building, and subsequently destroying, walls and barricades. A lot of thing are going to get blown up before it’s over. Due to the lack of respawns, some games are very quick, whereas others can last longer than the average CoD game. Elite pros generally employ slow, methodical game play to get the job done right. It’s all about teamwork, intel, stealth and utilizing the right operators to defeat the enemy and/or complete the objective.

The three main objective matches are:

There are two bombs located on the map. The attackers are tasked with defusing either one of these bombs. The defenders must guard the bomb locations and prevent the attacking team from planting a defuser at either location. If the attacking team does plant a defuser, the defending team is then tasked with destroying it to win the match. If an entire team is eliminated before the bomb is defused or the defuser is destroyed, the match is over and the surviving team wins.

The attackers must infiltrate enemy lines, locate and  extract the hostage, then return them to safety. The defenders barricade the premises trying to prevent a rescue. Sounds simple enough, however, the hostage cannot die. If either team injures the hostage, they must revive them before they are killed, lest the other team take the victory.

The attacking team must locate and secure a special room containing bio-hazard materials. The defenders must stop the attackers from securing the area. The match can end in three ways – time runs out (defenders win); attackers complete the objective (attackers win); an entire team is eliminated (surviving team wins).

How and Where to Watch RB6 Siege eSports

Ubisoft and ESL are responsible for hosting the top RB6 live streams on the web today, and there’s quite a few to choose from. The most popular broadcasting channels can be found at the following locations:

What Rainbow 6 Siege Teams are Worth Betting On?