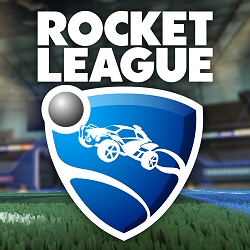 Rocket League is far from anything typical of the current eSports community. Produced by Psyonix in 2015, this high-octane title broke the mold by combining the thrill of rocket-powered vehicles, with the popularity of European football (soccer). A concept that was easily hit-or-miss, turned out to be a mighty hit, drawing more than 57 million registered players, and the eye of PC/console gaming behemoth, Epic Games, who was impressed enough to acquire Rocket League’s development studio last year.

Psyonix launched the official Rocket League Championship Series in 2016, but it was Epic Games that gave it the exposure it needed to take off like a – well, you know. Compared to the world’s top eSports titles, Rocket League is still considered a niche market, but it’s one that’s garnered enough attention to earn a place on the betting menus of various eSportsbooks, including the highly-reputable Unikrn. The following text details everything you need to know about Rocket League as a game, as a competitive eSports, and as a potential betting market for Canadian fans.

One thing that makes Rocket League eSports so refreshing is that viewers don’t need any extensive knowledge of game rules or tactics to follow the action. The concept is incredibly simple. Fast stunt cars speed around trying to score goals with an oversized soccer ball. It’s a fast-paced, high-flying, aerial stunt-show that lasts just five minutes.

Rocket League is still a relative newcomer to the field of eSports betting. You won’t find it at a lot of eSportsbooks – at least, not yet. You also won’t find nearly as many betting options available; not compared to the industry’s favorite eSports markets, like Call of Duty, CS:GO or Dota 2. On the plus side, Rocket League Fantasy Sports is also a thing; something those other titles can’t lay claim to.

As for traditional betting, however, the choices are very limited at the moment. There is certainly space for everything from high scorers to most special moves, like successful trick shots. But until the great and mighty oddsmakers choose to set lines on such propositions, we are left with little more than match and tournament winners to bet on.

A straight-up bet on who will win a game, or series of games, in a best-of match. The greater one teams skill over another, the greater the difference in odds will be.

This is a bet on which team will be crowned champion in a tournament series, such as the RLCS Champion.

For more details on exactly how to conduct Rocket League eSports betting, please refer to the generalized betting topic:

The biggest competition of them all is the Rocket League Championship Series (RLCS), organized by the game’s creator, Psyonix. It’s not just one big tournament, but a massive series of events that take place throughout the year, across three major regions of the world – Europe, Oceania, North America and South America. A series of tier-2 and tier-3 events have been organized by eSports brands like the Electronic Sports League (ESL) and Major League Gaming (MLG). They include (but are far from limited to):

As its creator’s once said, Rocket League can be simply describes as “soccer, but with rocket-powered cars”. But there’s much more to it than that, and it’s these extra qualities that make it so entertaining to play, to watch, and for some, to wager on.

Each player takes control of a rocket-powered vehicle. There are several different styles to choose from, but they all perform in the same basic way. Game’s take place on a variety of stylized soccer fields, with the goal of the game being for each driver to hit an oversized soccer ball – and when I say oversized, I mean even bigger than the cars! – into the opposing team’s goal.

The size of the ball makes it easy enough to for a driver to hit. Controlling its movement – now that’s the tricky part. Only the most exceptionally talented players are able to maneuver the field and direct the ball so skillfully, so efficiently, as to become professional, virtual athletes. They do so by utilizing speed boosts, trick shots and other special moves acquired on the pitch. When you put it all together, it makes for quite an exciting match.

Rocket League can be played with anywhere from 1 to 4 players per team. Most tournaments are set up as 3v3 competitions. Each player will select a vehicle to start. The field is usually chosen at random. The game begins with each vehicle placed in strategic locations on the pitch, just like a real soccer game.

Once the ball drops into play, it’s game on! All players speed across the field, jumping, spinning, and dodging their way into offensive and defensive positions. The default time for a match is 5 minutes. Every goal is worth 1 point. If there’s a tie at the end of regulation, overtime ensues. The winner is the team with the highest score when time expires.

How and Where to Watch Rocket League eSports

Every major and minor Rocket League eSports event is broadcast live on one or more of the streaming services listed below. In addition to these, each competitive Rocket League team will generally host its own live streaming channel. These channels are perfect for those who want to follow the action of their favorite teams, or get a feel for how well a team works together; a common practice among the more strategic Rocket League betting enthusiasts in Canada and beyond.