The Ongoing Debate over “eSports” Classification as a True Sport. 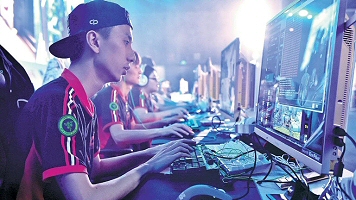 This is one issue that’s been debated back and forth since the introduction of “electronic sports”. As you probably know already, eSports are PC and console video games competitions. They’ve grown so much in popularity and viewership ratings that countless fans actually bet on them, just as they would traditional sports. There are even television networks dedicated to them. But the question remains – are eSports worthy of a “sports” classification?

The Debate over eSports Games as a Real Sport

There are two sides to this controversy. On the one hand, we have a large group of eSports fans who insist the skill required to play such games on a professional level make them easily worthy of the sports title. On the other hand, we have an equally sizable group who scoff at the comparison between competing in traditional, athletic sports, and playing video games.

To be honest, I was once a member of that second group. I thought it was ridiculous to think of video gaming as a sport, just as I believed people were crazy to watch other people play video games, rather than actually playing those games themselves. Now, after delving so far into the topic, researching the market at great length, my opinion on both matters has changed. However, as a professional journalist, I know not to let my opinions bias my work, so I’ll take an objective look at both arguments and you can decide for yourself what you think the appropriate classification should be.

Side A – eSports are Not Real Sports

It’s been argued heavily on this side that, by definition, a sport requires physical training and physical fitness. That, they say, has long been the dividing line between “sports” and “games”. This group leans towards an incorrect sporting classification for the world’s best chess, checkers and backgammon players. However, those games have already been recognized by the Olympic committee – a 100% sports oriented organization – as true sports.

In 2014, then-President of ESPN, John Skipper, described eSports as “not a sport”, but rather, “a competition”.

Even today, many people scoff or chuckle at the idea. But as eSports gain more and more popularity, momentum is growing in the other direction.

Side B – eSports Deserve the Sports Title

Popularity is nice, but it should not – and is not – the only factor that driving the sports terminology home for the eSports gaming community. Is stamina and speed not a physical prowess? The ability to play for a long period of time, moving fingers and thumbs in perfect, rapid timing, to tactfully overcome an opponent – is this not a combination of physical and mental aptitude?

This argument is not without merit. Tom Burns, a journalistic expert in bioethics and neuroscience, said it’s appropriate to “drop the e” from eSports, due to the “careful planning, precise timing, and skillful execution” required to compete on a professional level.

Even the International Olympic Committee has taken an affirmative stance on the matter. In 2017, the committee sated the following:

“Competitive ‘esports’ could be considered as a sporting activity, and the players involved prepare and train with an intensity which may be comparable to athletes in traditional sports.”

Even here in Canada, eSports video games have been recognized by some as athletic events. In 2013, Danny “Shiphtur” Le, a Canadian League of Legends player, became the first pro video gamer to ever receive an American P-1A visa; a category designated for “Internationally Recognized Athletes”.