A cursory examination of the many exciting ways to bet on eSports. 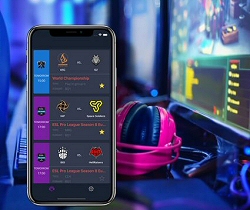 eSports represent one of the most exciting ways to place a wager in recent years. It revolves around competitive tournaments between players and teams of mass multi-player online (MMO) PC and console video games; titles like Call of Duty, CS:GO, Dota 2 and League of Legends. These are not your typical sports competitions, where athletic prowess dominates the leaderboard. They are sports in which the sharpest minds and fastest reflexes take home the trophy. An equally sharp observer who correctly predicts the impending progress of eSports best competitors can take home a trophy too – in the form of cold, hard cash.

The Many Ways to Bet on eSports

eSports betting isn’t just about picking the winner of a match. That is the most common way to place a wager, but there are many more options. Some are riskier, but pay out very well. Some are easier to win, but yield smaller rewards. It’s up to each individual punter to decide which bets are most suitable for their bankroll and knowledge of the market.

The one thing you’ll notice as we get into eSports bet types – if you’ve ever gambled on traditional sports – is that there’s not much difference between the two. Just like physical sports, you can bet straight wins, totals, futures, handicaps, accumulators, and a slew of proposition bets. Let’s take a closer look…

A straight bet (a.k.a. moneyline) is the simplest bet of all. It is a bet on who will win the match. Pick the winner correctly and you win the bet. Straight bets are generally placed on an entire match, where most matches include multiple rounds of play (i.e. best of 5 wins).

This type of bet can be placed on a wide range of outcomes. It is a bet that something will end in an odd or even number. It could be the number of rounds played in a match before a winner is determined. It could be the number of kills for the total round or match, or for a team, or a single player. Odd/Even bets are a fun alternative when you aren’t confident enough in your market knowledge to pick a winner, but still want to put action on the game.

Similar to Odd/Even bets, Over/Under bets are wagers on whether the specific number of (insert criteria here) will be higher or lower than the bookmaker’s given amount.

Let’s say the eSports bookie predicts the number of kills in a round between Team A and Team B will be 47.5. You can bet whether the actual kills will total over 48+ (over), or ~47 (under). The payout for a win should be equal on either side. Over/Under bets can be placed on just about anything with a number attached to it.

Outrights, or Futures as they’re commonly called in the sports betting arena, are bets on the eventual outcome of a tournament. You’re picking the player or team that will go on to win first place in an eSport event. These bets must be placed before a series begins. They’re risky in nature, but high in prize money.

If you know what a Point Spread is, you’ll pick up on Handicaps with no problem. Handicaps are bets that give the underdog team extra points to even up the chances of them winning or losing a match. Let’s say Team A is favored to win a best-of-7 match by a score of 4-1, making them a heavy favorite. If Team B were given a 2.5 point handicap, it would puts the odds of either team winning a lot closer to even. If the score does end 4-1, a bet on Team A still wins. If Team B rallies just enough to lose 4-2, then a bet on Team B wins, as the additional points would bring the Handicap score to 4-4.5.

Everyone who’s ever bet on sports in Canada should be familiar with Parlays, or Accumulators as they’re more commonly known in the eSports market. They are bets in which the punter makes multiple picks; usually between 3 and 6. If all the picks are correct, you win. If not, you lose. The more picks you make, the more money there is to be made, but the risk factor can be extreme.

These bets are very similar to Accumulators, except that System bets only require you to be correct in most of your picks, not all. The more you get right, the higher the payout, but the top pays won’t match that of a parlay-style bet. Of course, the risk is far easier to manage. You can make 2 picks, and if 1 is right, you break even. Pick 2 of 3 correctly, and you’ll make a small profit.

Specials are proposition bets that can be made on a wide range of things. Eligible props will depend on the game being played. An MMOFPS (mass multi-player online first person shooter) like CS:GO will offer props on things like First Blood, First Map, Map Winner, Highest Scorer, etc. An MOBA (mass online battle arena) game like League of Legends, you’ll get similar props to those above, plus things like First Baron, First Dragon, and First Tower.

Most of these props should be self explanatory. First Blood refers to the team (or player) to get the first kill. First map is a bet on who will win the first map played. Map Winner refers to the winner of a specific map in a series of rounds. Highest scorer can refer to the player or team with the highest score, especially in games where the objective is something other than high score. LoL games feature Baron Nashor, dragons, and towers, which can be eliminated for extra rewards, hence the First Baron, First Dragon, and First Tower bets (first to eliminate one).

Among all the ways to bet on eSports, this is the one you really have to be careful with. I wouldn’t recommend them unless you have a good deal of experience already. For the knowledgeable punter, they can be quite lucrative, but for novices, they are little more than impulse wagers.

In-play bets are – as the name implies – bets that are offered and made while a match is taking place. Instead of ‘first to’ do something, it might be ‘next to’ do something (i.e. Next Blood, Next Tower, Next Map). If a team is losing, you might be offered a bet on whether they will rally back. There is virtually no end to the types of live prop bets an eSports bookie could offer.