Canadian poker brawl on the Playground! WPT Montreal wraps up as Patrick Serda beat out Ema Zajmovic for the title and $855k. 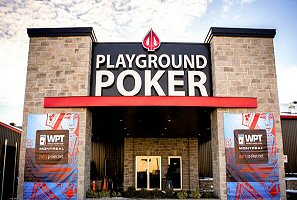 Every poker player from Canada—and many from the rest of the world—gathered at the Playground Poker Club in Kahnawake last week for the biggest Canadian poker tournament of the year. The $5,300 WPT Montreal Main Event attracted a field of 792, building a prize pool of $4.83 million to compete for.

No doubt, the event would have drawn a much larger crowd had it not collided with the WSOP Europe schedule. Then again, that minor set-back may well have had something to do with the dominance of Canadian poker players in the PartyPoker LIVE-sponsored event—the first of many to come following a multi-year partnership between the two brands.

Day after the day, flop after flop, the field shrunk, bringing about an elite final table that included the likes of Sorel Mizzi, Upeshka De Silva, and one of Canada’s most notable rising stars, Ema Zajmovic. If you’ll remember, Zajmovic took down the same event in February 2017, becoming the first woman to win a WPT title in an open event in more than 15 years.

Zajmovic would whittle her way into a heads-up battle once again over the weekend, taking on Patrick Serda for the shot at her second WPT title. This time, though, it was Serda who came out on top.

Canadian Poker Brawl on the Playground 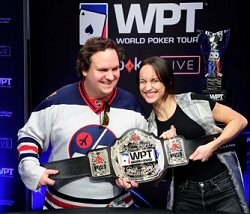 Zajmovic had the chip lead prior to Serda eliminating Sorel Mizzi with pocket 9s over pocket 6s. However, that elimination took Serda’s stack just slightly above Ema’s, going head to head with 16.15mm to her 15.675mm.

It only took a few more moments for the two to settle the score. Here’s how the final hand played out…

Zajmovic on the button, opens 500k.

Zajmovic raises back to 3.8mm.

Zajmovic shoves her remaining chips, 8.5mm, into the pot. 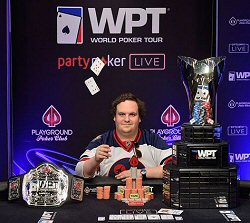 And with that, Patrick Serda took the pot, the tournament, the top prize of $855,000, and his first WPT Title with nothing more than third pair, 7-7.

Ema Zajmovic is left to settle for her second runner up finish on the World Poker Tour this year, worth her largest cash to date, $556,000. She also landed in 2nd at the WPT Amsterdam in April, where she collected €100,260 after losing in the final stretch to Dutch poker player Florens Feenstra. Nevertheless, the female Canadian poker pro’s total live winnings more than doubled to US$980,435 following this weekend’s action.