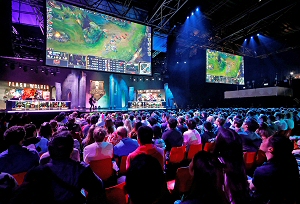 The eSports arena has undergone a lot of changes this year – primarily, the transition to remote, online play, as opposed to competing in person. Some teams adapted to this better than others, and its had a significant impact on professional eSports leagues and team rankings worldwide.

Playing in person means that each competitor is logged into, and an equal distance from, the same server. This means everyone is on level playing ground, experiencing the game in the same way. Playing remotely from each player’s resident locality grants an advantage to the players and/or teams situated closest to the server.

Annual and mid-season roster changes will have a substantial impact on each team every year, largely due to the fact that professional eSports players don’t tend to stay pro very long. Most are competing on a professional level by the time they’re in their mid- to late- teens, and retire before they reach 30. And like traditional sports, they are constantly being drafted, traded and benched.

In this section, we’ll take a look at the top ranked eSports teams and their most prominent members for the following video game titles. We originally intended to make this a single-page for all gaming genres. However, the sheer volume of information on each team, and its entire roster of players, changed our minds. We’ve since divided up the pages by game to make it easier for you, our readers, to find the information you’re looking for.

That being said, please choose a game title from the list below to learn more about the teams and players in its primary league(s). We’ll continue adding to this list and updating as necessary, so if you don’t find what you’re looking for now, be sure to bookmark and check back soon.