Fun Facts in the History of 21: How did Blackjack get its name? 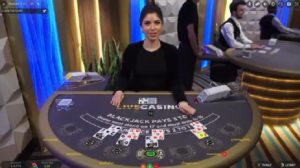 Blackjack is the most widely known casino game in the world. Slot machines might attract more players, but I’d be willing to bet that more new-comers to the gaming world are familiar with how to play “21” than they are slots. So many of us learn to play blackjack long before we’re old enough to enter a casino. The same cannot be said of slot machines.

Being so universally well known, I thought it might be interesting to take a look at a few fun facts in the history of blackjack. I’ll start with one of the most common questions of all…

How did Blackjack get its name?

The name “blackjack” applies to any natural (2-card) hand that totals 21. For this to happen, the player (or dealer) must be dealt an Ace and any 10-value card (10, Jack, Queen or King). The suits of those cards are irrelevant, but no other combination will do the trick. So where does the name blackjack come in?

Considering its immense popularity today, you may find it hard to believe this, but… The game of “21” (its real name) wasn’t what you would call a favorite back in the day. In fact, when it first arrived at casinos in Las Vegas in the 1920s, hardly anyone wanted to play it. In order to attract players to the tables, casino management came up with an idea.

They decided to offer a generous bonus payout of 10-to-1 for being dealt a very specific hand. It had to be the Ace of Spades, combined with either the Jack of Spades, or Jack of Clubs (either of the black Jacks in the deck). They chose to call this the “Blackjack Bonus”, and boy did their plan work!

Suddenly, every gambler and their cousin wanted to play the new ‘Blackjack’ game at the casino. It wasn’t long before operators withdrew the 10-to-1 payout, returning to the traditional 3-to-2 (and now sometimes 6-to-5) for any natural hand of 21. But somehow, the name just stuck!

Other Fun Facts in the History of Blackjack

Want to learn a few more interesting things about the game? How about this… The game of 21 dates all the way back to 18th century France, where it was known as “Vingt-en-Un” (Twenty and One). It was the absolute favorite card game of Emperor Napoleon Bonaparte.

Despite popular belief, the object of the game is not to achieve a hand of 21. The real goal is to beat the dealer’s hand, thereby winning the bet. And since the dealer isn’t really playing the game, but rather following house rules, the true object is to beat the game, not the dealer.

Mathematically speaking, according to standard house rules, the dealer will win 48% of all hands, and the player will win 44% of all hands. The remaining 8% will result in a tie. This mathematical probability exists, even when a player makes all decisions based on the same house rules as he dealer. So why does the dealer win more often? There’s one simple reason—the dealer plays last! The player can bust, and lose the bet, before the dealer ever makes a move.

The best hand to receive is (obviously) 21. The second best is 20, and the third best 11. The absolute worst hand is 16. And the worst card in the deck for the casino is the 5. If all 5’s were removed, it would eliminate 0.64% of the house edge. By most variant rules, that’s enough to create a player’s edge (as opposed to house edge).