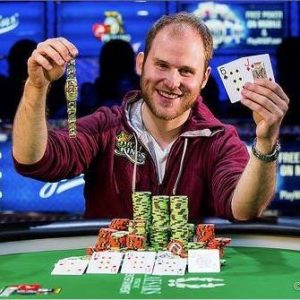 Sam Greenwood of Toronto, Ontario does not consider himself a professional poker player. But by any knowledgeable definition of the term, he most certainly is. When he collected his first WSOP bracelet in 2015, he called himself a “poker enthusiast”, and “an entrepreneur”. Yet by then, he already had more than US-$1.7 million in live tournament cashes under his belt, and millions more online.

Since then, he’s only gotten better, adding a phenomenal $9.54 million to his live career cashes, for a current total of $11,243,283. And that’s just live events… He’s raked in over $5 million playing online poker, most of which occurred before he turned his full attention to the live scene.

Born October 11, 1988, Sam was raised in Toronto, where he still resides today. He is one of three highly skilled, poker-loving siblings, including his twin brother Lucas Greenwood, and their older brother Max Greenwood.

By the time Sam turned legal age to play poker, the internet gambling boom was well under way. Internet poker was all the rage, and it didn’t take long for Sam to find his way to a number of the largest online poker sites, where his success quickly gained him a reputation as a fierce competitor on the virtual felt.

His esteemed online poker monikers include:

Greenwood’s most memorable online victories include a 2009 WCOOP title, and 2013 SCOOP title; the latter paying his largest online tournament cash to date, worth almost $380k. But his regard as a famous Canadian poker pro didn’t truly flourish until that fateful day in June 2015, when he realized his very first 1st place live tournament victory… in Las Vegas at the World Series of Poker, no less.

Sam took down a $1k NLHE event for $318,977. That was actually the second largest cash of his live career at the time; the first being a 6th place finish at the 2015 PokerStars Caribbean Adventure Super High Roller, which paid $396,920.

Sam had been playing live events since 2008, but that WSOP bracelet was the spark that truly ignited his career. It also provided him with the insight he needed to pave a path of continued, high-limit success. Following his bracelet score, Greenwood’s told PokerNews:

“Sometimes I can be unfocused, messing around on my phone and and not following the action. Once you get deep, you start to focus as you realize your getting down to it.” 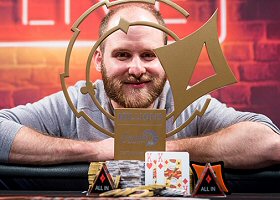 It seems Sam taught himself a very important lesson that day. Henceforth, his consistency in live events can be attributed to a deeper level of concentration. Clearly, his mental focus has been right on point from that moment on. He collected just over $2 million in live cashes that year, following up with a repeat in 2016. He scooped another $2 million, including two more 1st place finishes; one at EPT Dublin, and another at EPT Prague.

2017 was an even better year for the young Canadian poker pro. Sam Greenwood scored another 1st place victory, winning the Main Event of the Caribbean Poker Party in Punta Cana for a cool million. Before the year was out, his live earnings jumped by another $2.45 million.

2018 Best Yet for Sam Greenwood Poker

As successful as Sam’s undeniably supreme poker skills were up to that point, none would have predicted how well he would perform this year. Now barely halfway through 2018, Greenwood has already banked over $4.2 million.

Among his more impressive triumphs, he snagged his first win at the Aussie Millions, and took down three super high roller events; one at EPT Barcelona, another at WPT Amsterdam, and yet another at EPT Monte Carlo. That last one set a new record for the Canadian poker phenom, delivering his largest live cash to date; $1,853,387.

Since the start of 2018, Greenwood has doubled his position on the All Time Money leaderboard, jumping from 104th to 52nd highest live tournament career earner in the world. He’s ranked #5 among Canadians, behind such esteemed colleagues as Daniel Negreanu, Jonathan Duhamel, MikeMcDonald and Sorel Mizzi.

Furthermore, Greenwood’s prowess on the felt this year has him a #7 rank on the Global Poker Index with 3,336.41 points to date; just 418.82 points behind the leader, Stephen Chidwick.

Sam Greenwood is clearly in the height of his career, but whether he’s hit his climax is yet to be seen. The only thing for certain at this point is that this famous Canadian poker pro is most definitely one to watch; especially you happen to be going up against him on the felt!