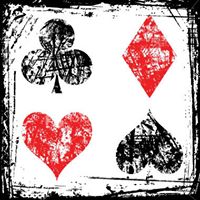 Literature is, in essence, a fancy name for an adult version of the popular children’s card game, Go Fish. As such, it’s commonly known as Canadian Fish in the Great White North. It’s also known by a few other names, such as Happy Families, Russian Fish, or simply Fish.

Don’t worry! Although based on one of the most common childhood games of all time, the adult version is by no means a simple game. Literature rules are much more complex, and require a far greater aptitude for memorization skills. That is, if you want to win…

How to Play Literature (Canadian Fish)

Literature is a game for 6 players, although it can also be played with 8. Players should be split into partnerships, either 3-vs-3 for 6 players, or 4-vs-4 for 8 players. Players take alternate seats by team, so everyone is seated between two members of the opposing team.

You’ll need to remove all 8s from a standard 52-card deck, resulting in 48 cards. The purpose of this is to logically divide the lower ranking cards from the higher ranking cards (2-7 and 9-A).

Unlike Go Fish, where players strive to collect sets of same-value cards, Literature requires sets of same-suit high cards, or same-suit low cards. Each set is commonly referred to as a “book”, which might be the reason behind the name, Literature.

There are 8 books that can be collected in a game of Literature; two of each suit, separated into high and low sequences. They include:

By traditional rules, no book is any more valuable than any other, regardless of suit or low/high content.

A dealer is chosen by whatever random means agreed upon. This player will shuffle and deal out 8 cards to each player (or 6 cards each for an 8 player game).

If any card is exposed during the deal, it’s a misdeal. All cards are collected, shuffled and dealt again by the same dealer.

Once complete, all players can look at and arrange their cards as they see fit.

Literature is a game of questions. The first to act is the dealer, who will ask the first question. Questions must follow these general rules:

If a player is asked for a card, and has that card, they must give it, face up, to the asking player, who will place it in their hand and continue their turn (ask anther question of any opponent).

If the player asked does not have the requested card, they say ‘No’, and it becomes that players turn to act (ask a question).

Out of Cards: It’s common for a player to run out of cards. If this happens, that player can no longer participate in questioning. Since they cannot be asked a question, it can no longer become their turn. However, at the start of any teammate’s turn, this player can ‘Claim‘ (see below).

Because this is a partnership game, it is not required for a single player to hold an entire book in order to claim it, although it does make it easier. If a single player has all 8 cards of a book, they may say ‘Claim‘ during his, or one of his teammate’s, turns. The player will state that he has all the cards of the book, and then place the entire book face up on the table for verification before closing it and placing it in front of him.

If a player believes his entire team has a book, he may also say ‘Claim’ at any time during his team’s turn. However, this player must identify exactly who is holding which cards in the book, and they must all belong to his own team. If the claim is correct, the player takes the book and places it in front of him for his team.

Should a player’s team hold all of the cards in a book, but incorrectly identify any of the holders of those cards, the claim is forfeit. The book is set aside, and no one team gets it.

A player may, at any time, ask for the last question to be repeated. The asker must repeat the question, who they asked it to, and what the answer was. A player may not ask about any previous question, beyond the last to be asked.

It is also acceptable to ask any player how many cards they are holding. If asked, the person must reveal their correct number of cards.

It is NOT OKAY to use any device or instrument (paper, pen, phone, etc.) to record information. Players may only use their memorization skills to remember previous questions and who has what cards throughout a hand.

Once all books are out of play, either by claim or forfeiture, and all players are out of cards, teams will count how many books they have collected. The team with the highest number of books wins the game.

It is not uncommon for a game to end in a tie, with each team collecting the same number of books. There are various ways to resolve this. You can play another hand until a clear winner emerges. Or, you can play multiple hands until one team reaches a pre-defined target score.

Alternatively, the first team (or last team) to claim a book could receive an extra point. Some groups play where high books are worth 2 points, and low books 1 point. You can find these and other rule variations in our next section, More Ways to Play Literature (Canadian Fish).

You may also be interested in some of our other pages on this popular Canadian card game, including the Theoretical History of Literature, and how to increase your win rate with a Literature Game Strategy.