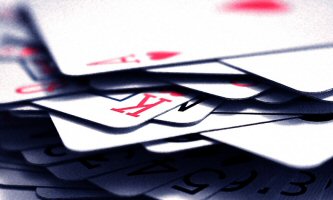 Literature—a.k.a. the adult version of Go Fish, or as some know it, Canadian Fish—is played in many different regions of the world (under various other names). Being so wide spread, it’s no surprise that there are so many different Literature rule variations in circulation.

I could spend hours scripting all the minuscule alterations to the rules of this popular Canadian card game. However, some are more common than others, especially here in the Great White North. Those are the variant rules of Literature we’ll be examining today.

The traditional rules of Literature call for either 6 or 8 players. There’s a good reason this. With partnerships required, the game simply flows better with 6 or 8. It is possible to play with 4, dealing 12 cards to each player, but it’s awfully easy to figure out what cards of a book your partner is holding.

You can also play with 12 (4 cards each), or 16 (3 cards each), but remembering who asked what of whom… it’s not easy! Be carefully how many friends you invite over…

In Literature, it’s traditionally the dealer who plays first. Some prefer to use universal card game rules where ‘player left of the dealer‘ is first to act. Either way, the team whose player goes first will have a slight advantage.

Usually, it must be your team’s turn in order to Claim a book. Some play where any player can make a claim at any time. Once a Claim is called for, the player must name all the cards in the book, and who (on their team) is holding them. Successful or not, play resumes with the player who’s turn it was prior to the claim being made.

By standard rules, any incorrect claim where all the cards in the book belong to your team, but you’ve named at least one wrong holder of a card, the book is forfeit—no team gets it. In stricter games, all incorrect claims go to the opposing team.

In some groups, no cards are removed from the deck for a 6 player game. A full 54-card deck, including Jokers, is used, with each player receiving 9 cards. The four 8s and two Jokers become a book of their own. Having a total of 9 books helps to eliminate tie games (particularly if the previous ‘Incorrect Claims go to Opponent‘ rule is invoked.

Another way to decrease the odds of a tie is to award 2 points for high books (9-A), and 1 point for low books (2-7). I’ve heard tell of some players using a full deck of 52 card, where the 8 is required in a high book, thus necessitating 7 cards for the book and justifying the additional point for it. However, this creates an uneven number of cards per player (unless only 4 players participate).

First or Last Claim Gets +1

Now that you know even more ways to play Literature, why not check out some of our other materials on this popular Canadian card game: