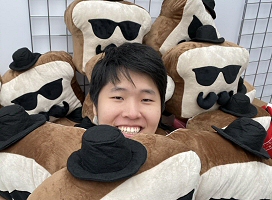 On January 3, one of the world’s most beloved eSports live streamers, known to his fans as Disguised Toast, made a disheartening announcement. He will be limiting his live streams for an undetermined amount of time so that he may focus on his family; particularly his ailing father. According to Disguised Toast’s announcement of the news via Twitter, his famous Among Us live streams will continue, due to contractual obligations, but his attention will, for the most part, be elsewhere.

On Sunday, Wang tweeted that his streams would be on semi-hiatus as he returns to his home country of Canada to care for his sick father.

The immediate outpouring of support for Disguised Toast was overwhelming. Over the last twenty-four hours, nearly 200,000 people have “hearted” the comment. Over 2,300 people responded, wishing him and his father well. Let’s take a look at some of the more moving replies…

@CatchMeStreamin: “Thinking about you and your Dad. Everyone at @FacebookGaming hoping for the best. Family always takes priority.”

@HyperSeanic: “your family comes first. And you’ll always have family here when you return! [White heart]”

@Kiiftt: “we deeply appreciate your impact on both us and your content creator friends, toast. I really respect you, thank you for everything. please enjoy your break, no matter how long it is! you’re in our thoughts [White heart]”

No word yet on when the beloved live streamer will return, but that’s clearly not the main concern right now among his millions of fans.

Now 29 years old, Jeremy ‘Disguised Toast’ Wang garnered quite the loyal fan base, racking up 3.25 million followers on YouTube, 1.3 million on Facebook, and 1.1 million on Twitter. He started by streaming Hearthstone game play in 2015, expanding into other popular video game titles like Teamfight Tactics, League of Legends, and Among Us.

It’s not just Wang’s flare for entertainment and humorous personality that has attracted so many viewers over the years, but his genuine compassion and generosity towards others. Taking time off to care for his father is just another extension of that beautiful mindset.

Last year, he signed a new contract to stream for Facebook Gaming. In doing so, Disguised Toast was issued a check for $20,000 to cover the “production budget” for his big announcement video. Instead of making a big, expensive video to broadcast the transition, he shot a basic video from his hotel room in California, telling everyone he was moving to FB Gaming.

The bulk of that 0:47 second video was him showing viewers the $20k check, then filming himself handing it over to the Los Angeles Childrens Hospital. Way to go Jeremy! You’re a real-life super hero. Here’s wishing you, your father, and all of your loved ones a happy and healthy 2021.