Slotegrator is at it again, teaming up with one of the world’s finest creators of iGaming software to provide players with the largest, most impressive compilation of high-profile casino games on the web. They’ve been doing it for seven years now, and their list of partners gets more and more inspiring with each new addition.

Last week, it was announced that Slotegrator is partnering with the industry’s number one live casino studio, Evolution Gaming. Now, on top of delivering the top performing slot machines in the iGaming market, casinos that employ the brand’s trademark APIgrator platform will also have access to the best live tables in the business.

Slotegrator is a rather unique company in the iGaming space. They offer one of the largest internet gambling platforms in the business, and yet they do not develop any casino slot machines or table games of their own. Instead they gather games from other companies and package them neatly into a box they call the APIgrator platform. They are the Amazon of iGaming software providers, if you will.

All told, Slotegrator packs a powerful punch by combining three dozen providers into a single platform, and the list just keeps on growing. The signing of Evolution Gaming is by and far one of the most impressive additions in recent years, giving players of member casinos access to an award-winning series of real dealer casino tables.

Founded in 2006, Evolution Gaming has won the EGR Live Casino Supplier of the Year award every single year since the very first EGR B2B Awards ceremony was held in 2010. No other iGaming company can claim a decade of back-to-back awards in any category.

What Evolution Brings to the APIgrator Table

Evolution prides itself on presenting tables with friendly, professionally trained dealers from all over the world. The company also offers a selection of specialty games, including Live Dream Catcher, Live Monopoly and Live Dealer or No Deal. Each of these play out like TV game shows that players at home can partake in on a desktop or mobile device.

“Slotegrator is pleased to announce a new partnership with Evolution Gaming. Evolution Gaming’s portfolio of products will now be available for integration into online casino platforms with Slotegrator’s APIgrator protocol,” said the company in a press release lauding the addition of best-in-class live dealer casino games.

“Evolution Gaming is the world’s leading B2B Live Casino game supplier. Each year since their foundation in 2006 has seen them enter new markets, offer new services, and introduce innovative new products. Their list of awards includes ten straight years as the Live Casino Supplier of the Year at the EGR B2B Awards, and their many innovations include the world’s first 24/7 game show.” 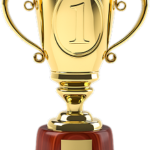 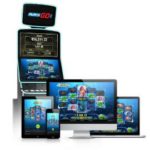 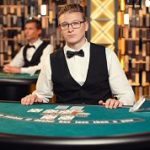