When you think of casino card games, blackjack is always the first to come to mind. Baccarat usually comes second. Unless you’re a seasoned gambler, you may think the list ends here, but it doesn’t. Not even close!

Other popular casino cards games include everything from pai gow poker, Caribbean stud and 3 card poker, to let it ride, red dog, and casino war. But even those are fairly common titles. Today, we’re going to talk about a game that’s only been around for about a decade; new enough that it’s only available at a select number of live and online casinos.

First produced by Shuffle Master in 2009, Mississippi Stud is a 5-card poker game originally intended for up to 5 players in a live setting. It’s now available as an online casino game, in which a single player participates against the house.

The object of the game is similar to video poker. The player must achieve a hand of at least a pair of 6s to push, or pair of Jacks to win. The pay table increases progressively with higher hand ranks.

The challenge is to achieve such a valuable hand while managing your bets properly; or to fold before investing too much into a lame duck. Before I get into whether this game is worth your wager, let’s take a quick look at…

How to Play: Mississippi Stud Rules

The game starts with each player making an Ante Bet. The player then receives two cards, face down. These are the Hole Cards. Players may look at these cards, but in a live casino, they may not show them to anyone else. From here, the game plays out as follows:

If the player’s final 5-card hand ranks high enough, their bets are paid according to the pay table (see below). If not, all bets are lost.

The actual pay table may vary from one live or online casino to the next. The figures below reflect the average Mississippi Stud pay table.

Evaluation of The Game

As interesting as this unique poker game is – an effective amalgamation of Texas Hold’em, 5 Card Stud, and Let It Ride (in reverse) – this game isn’t for everyone. Being dealt a good hand early on can guarantee you a fantastic payout as you continue 3x-betting every street to the end. However, the game has a dastardly house edge of 4.91%! That’s even worse than American Roulette (5.26%), or Caribbean Stud Poker (5.22%), which relies on an attractive progressive jackpot to draw players to the tables.

But that hasn’t stopped gritty gamblers from playing Mississippi Stud Poker with confidence. As I said, you can win a great deal of cash here. You’ll just need a little luck on your side, and the right strategy to help you along. Which brings us to… 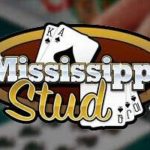 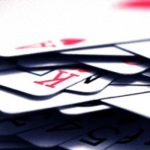 3 Unique Casino Games to try when Blackjack gets Boring

Can Poker Skills help me Win at the Casino?