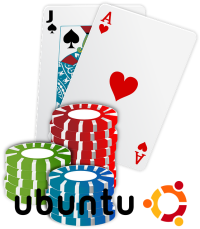 I remember writing on this very same topic several years ago. The content was far different back then. It was nearly impossible to find Ubuntu casinos. Canada had access to an endless number of Windows-compatible casinos, even some Mac-compliant ones. But Linux users were so few and far between, operators didn’t give them a second thought.

In those days, downloadable casino clients were the number one gaming option. Computer processors were slow, internet connections even slower, so much that it made playing in a browser more painful than enjoyable. If a casino did bother to supply Flash-based, in-browser games, the variety was so much smaller that they lacked appeal.

This was the situation faced by Ubuntu Linux users for so many years. They were resigned to playing few titles, and at a snails pace. Alternatively, they could downloading WINE (Windows OS emulator), or dual boot Ubuntu and Windows operating systems on a partitioned hard-drive. None of these options were particularly desirable.

Thankfully, it is no longer an issue today. It’s not that software creators and casino operators finally took notice and said, ‘Hey, we should do something for our Linux users!‘ It was more of a natural progression, really, having more to do with mobile gambling than anything else.

Flash-based casinos were already becoming more popular around 2010. Computers were getting faster, broadband internet had overtaken dial-up, and more players were realizing the benefits of in-browser play. At the same time, developers of casino gaming software had begun dual releasing all of their new games; a version for Flash, and another for the downloadable client. Thus in-browser game variety was growing quickly.

At this point in time, smartphones and tablets were just becoming popular. Following the release of the first real smartphone three years prior (Apple iPhone in 2007), online casinos were finally taking notice of this burgeoning vertical. It took a few years to progress into anything tangible, spurred by the programming of a new web design language known as HTML5.

HTML5 was designed to integrate three major aspects of web design into one, nice, neat little package; traditional Hyper Text Mark-Up Language (HTML), Cascading Style Sheets (CSS), and Adobe Flash. In effect, it allows designers to create super fast and wholly immersive web pages that are compatible with any operating system, on any device, so long as Flash is installed.

When the casino companies realized the capabilities of such programming, they jumped on the opportunity to renovate their systems with one very specific goal in mind – capturing the budding mobile gambling market. What they were really doing was capturing the global OS market as a whole. HTML5 isn’t just mobile compliant. It’s optimized for any desktop or laptop system (Windows, Mac, Linux, Ubuntu, Mandrake, Red Hot, etc.), as well as any mobile platform (Android, iOS, Blackberry, Windows Phone, etc.)

Linux users remain a rare breed in today’s computerized world, making up just 0.89% of the overall OS market share (desktop, laptop and mobile). Ubuntu Linux users come in at 0.34%. But that doesn’t mean they don’t deserve a simple way to play real money casino games like the other 99% of the gaming world.

If you’ve been paying attention up until now, you should know that all it takes to play Ubuntu Linux casinos in Canada is a Flash plug-in. Any operating system, regardless of make, model or size, can run today’s in-browser software, so long as Adobe Flash is present.

If you don’t have Flash installed on your computer, you can download it directly from Adobe here: Download Flashplayer.

If you already have Flash installed, this page will also provide a link to Flash troubleshooting information for your specific browser. You’ll learn how to enable and disable the plug-in, or set Flash to automatically run only on trusted sites (recommended). Which brings us to…

Which Browser is Best for Flash Casinos?

The good news here is that pretty much any browser can run real money casino games via Flash. If you have a preferred browser already, go with it. Some of the most popular, by Linux and HTML5 compatibility ratings, include Firefox, Chrome and Opera (in that order).

Less popular browsers known to be compatible with Ubuntu and HTML5 include Chromium, Knoqueror, Midori, SeaMonkey, Vivaldi, Brave and, of course, the Ubuntu Web Browser.