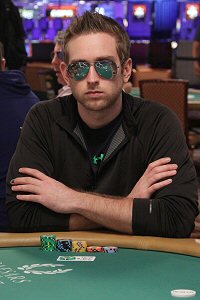 Connor Drinan isn’t really a household name in the live poker world, and yet he has amassed more than US $11 million in tournament cashes. His online poker moniker, “blanconegro”, has been known to strike fear in the hearts of those who know it, but again—it’s not one of the most recognized names on the virtual felt, despite having more than US $7 million in online tournament cashes to his name.

With over $20 million in the bank, why is it that more people aren’t aware—and beware—of Connor “blanconegro” Drinan? No, he’s not a one-hit wonder. The answer is easy enough to conjecture, if you take a moment to observe his documented history.

Drinan doesn’t have a long list of 1st place routings, live or online. What he does have is an impressive track record for finishing high in tournaments. He’s only got 3 1st place finishes on the live circuit—and by “only”, I don’t mean to imply they aren’t impressive, worth over $1 million combined—but he’s got 13 finishes in the top 3, and 42 in the top 15 positions. It’s that level of depth that’s earned him the enormous bankroll he carries with him today.

Drinan’s story is a familiar one these days. He wasn’t much of a card player in his early years, until an injury prevented him from participating in his athletic passions in high school. With much more time on his hands than he would have liked, he turned to online poker.

As his body recovered, he joined PokerStars, just like everyone else in the days before Black Friday. His bankroll immediately began to reflect an inherent talent for Texas Hold’em. In October 2007, he finished 2nd in the PokerStars Sunday Million, snagging his first 6-figure cash of $122,000. In 2009, a near-repeat saw him land 4th in the same event for $80k. The following year, a 2nd place spot in a SCOOP rebuy event scored him $184k.

Up to this point, Drinan was still living in his home state of Illinois, living the dream. Then, in 2011, his world—like the world of every American online poker pro at that time—was flipped upside down. The US DOJ cracked down on PokerStars and other major operators, forcing Connor to make a very important decision.

Following the path of so many highly successful online players, he made his way north to Canada. Drinan settled in Vancouver, British Columbia, where he’s continued to play online poker as blanconegro. He also made the choice to start playing in more live tournaments.

Connor’s first recorded live cash following Black Friday came in June of 2011, and it was a scorcher. He entered the Florida State Poker Championship Event, routing the entire field for a 1st place score of $378,719. How’s that for a confidence builder?

Drinan’s largest cash to date was not a 1st place finish, of course, but rather one of his famous near-misses. In 2015, Connor Drinan finished 3rd in the $500k Super High Roller Bowl in Las Vegas for a staggering payday of $3.225 million.