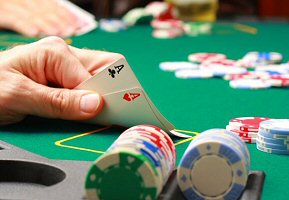 We use the word “equity” a lot in poker. What is equity? It’s the value of something. It’s hard to imagine equity, because it’s not a physical thing you can hold in your hand. But if you imagine the equity of your cards as chips, it becomes easier to materialize in your mind.

With that said, if you’re not fast playing your strongest poker hands, you’re losing equity. You’re losing chips. Not chips that you already have in your stack, but chips you should adding to it. There are times when slowing things down is in order, but 90% of the time, the slow play equates to a slow leak in your ROI.

Speeding it Up vs Slowing it Down

Before I get too far ahead of myself, let me explain the impact of speeds.

To “fast play” doesn’t mean to get your chips in the middle as quickly as possible. It’s not a speed-racer setting. It means to continue putting chips in the pot at every opportunity. It doesn’t have to be a scary amount of chips. What’s scary to you will certainly be scary to others, and we’re not trying to make anyone fold. Quite the opposite. We want them to be curious enough to pay for a peak at your cards.

Likewise, to “slow play” a hand doesn’t mean to hop in the tank until someone calls time. Slow playing a hand is when you put no chips, or as few chips as possible, into the pot. Why would anyone want to slow play a monster hand? That’s a good question, but there is an equitable answer, in some cases. It all depends on who you’re playing against, and the condition of the flop.

When it’s Okay to Slow Play a Monster

If you know your opponent is the type to fold the moment you show any strength, slow playing could be the better choice. This gives them an opportunity to make the moves. Hopefully they will, then you can limp along behind them, adding more value along the way.

If they’re not budging a single chip, you’re going to have to abandon the slow play and get something on the table. At least if they fold, you can muck, giving away nothing. That’s a lot better than triple checking all the way to the river, only to be forced to turn over a monster hand, inciting quiet chuckles because you gained virtually nothing for it. Awkward!

Before you jump into the fray with this plan, though, be warned. Slow playing can get you outdrawn, and there’s nothing worse than gaining a ton of equity, only to watch it float down the river on a bad beat. Only slow play a hand if: 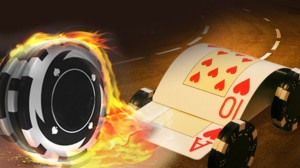 Most of the time, this is going to be the correct choice. As soon as you’ve got the monster hand, start putting chips in the pot—especially if the above criterion is missing. Sure, it hurts when your opponent folds, but not nearly so bad as being outdrawn because you weren’t gutsy enough to pull the trigger.

Fortunately, instinct isn’t the only tool you have to work with here. Look closely at the value of the flop. Is it something others could easily connect with, or is it evenly spread and hard to match? If it’s built with suits and/or connectors, fire away. Fast play the hand to grab the pot before things get sticky. Otherwise, it may be safe to slow things down and see if others will put equity in the pot for you.