Take your Skat game to a whole new level with these divergent rule variations. 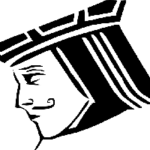 So far in our recent series on how to play Skat, we’ve covered a lot of ground. We started with the official rules of the game, as upheld by the German Skat Federation and International Skat Players Association (ISPA). We’ve also discussed some very popular rule variations that give players – declarers and defenders – a few additional announcement options.

Today as promised, we’ll talk about even more ways to play Skat. However, these rules aren’t just slight deviations. They are more divergent, changing the inner mechanics of the game in one way or another. As such, they tend to have developed variant names that often identify where they are played, where they originated, or both.

The rules of Danish Skat, as mandated by the Danish Skat Union, are similar to the German version except for the following differences:

Grand Value: Grand has a base value of 20.

Open Play: Any Grand or Suit hand can be played Ouvert for an extra multiplier, regardless of whether the declarer looks at the Skat. Announcing Schneider or Schwarz is not necessary, either.

Tournament Scoring: Defenders who set a declarer earn score equal to the value of the contract. If the value is 75, the declarer scores -150, and each defender scores +75.

They say you ‘Don’t mess with Texas’, and you certainly don’t mess with their way of playing Skat. In the Lone Star State, the game is usually played by these unique rule variations:

Grand Value: Grand has a base value of 16.

Ouvert Value: When playing open, instead of adding a multiplier, the base value of the hand is doubled. For instance, in a Grand Ouvert with 3, the value could be as follows, “With 3, Game 4, Schneider 5, Schneider announced 6, Open 12”. The Open value comes last, doubling all other multipliers. And with a Grand value of 16, the total is 12*16 = 192 points.

Schneider: For a declarer, 91 points (not 90) are needed to Schneider. For the defenders, however, 90 points will suffice to Schneider.

Announcing w/ Skat: Unlike traditional Skat rules, players can announce Schneider, Schwarz or Ouvert as a Hand or Skat game.

Double Peek: After seeing the Skat and leading the first trick, the declarer may take a second and final peek at the Skat before leading to the second trick.

Ramsch: If no one bids, a hand of Ramsch takes place (see Ramsch rules here). The Skat does not come into play until the last trick is caught. The winner of that trick captures the Skat. Scoring is as follows:

This version is the farthest from the original Skat rules, yet is derived most closely from the old German game. It mimics one of the earliest versions of Skat, no longer played in Germany, but still popular in heavily-populated German-speaking areas of the US, especially Wisconsin.

Instead of traditional contracts, players must declare one of the following options.

The bidder will peek at the top Skat card, then either… show it to everyone and declare its suit trump, then take the second Skat, discard two cards and lead to the first trick – or – place the top card in their hand and turn the second Skat face up, instantly naming its suit trump. The player then takes that card, discards two other cards and leads to the first trick. If the Skat card is a Jack, the bidder may call Grand or utilize the suit of the Jack as trump.

A Solo declaration is akin to a Hand game, where the Skat is not viewed. There is no multiplier for this, but base values are higher and if lost, the score is not doubled.

To play Grand Open, the declarer may not use the Skat and must capture all tricks (Schwarz). The base value is 24, and all multipliers (except Open) apply, right up to Schwarz announced.

Null declarations do not use the Skat. A Null contract’s base value is 20; Null Ouvert 40. Losing Null contracts are not doubled.

Guckser is your basic Grand contract, utilizing the Skat. The base value is 16 and points are doubled for a loss.

If no player bids (all pass), Ramsch is played. The same scoring rules described in Texas Skat apply.