A fun-filled list of the most popular games like Coup, filled with deception, deduction and dastardly deeds!

Like many of you I’m sure, I’ve been playing Coup for several years now. Family game nights wouldn’t be the same without this amazing board game, released in 2012 by Indie Boards & Cards (IBC). Its popularity sky-rocketed so fast, they’ve since issued a number of kickstarter promo roles, expansion packs and special editions.

After a while, though, we tend to crave something new. At the same time, we want something that we know will bring us a similar level of engagement and entertainment. After all, Coup sets a pretty high standard!

With that in mind, I’ve decided to wrangle up a description of the most popular board/card games that are largely comparable to Coup, but with their own special niche. If you like Coup, but want to mix things up, give one of these a try.

Board & Card Games Similar to Coup 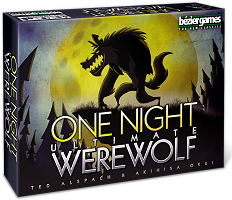 This is a fantastic game for 3-10 players—the more the merrier, in my opinion. It only takes 5-10 minutes to play, at most. It is similar to Coup only because players are given hidden roles, and can perform specific actions based on what those roles are. Bluffing and deductions are all part of the game. However, the main goal in this one is to figure out who you are, and not get killed.

The game lasts one night, as opposed to the original multi-night version. It’s humans versus werewolves. During the night, each player will secretly take an action based on their role card. This can include moving cards around, so a player may not know who they are by the time the sun rises. Then, during the day, up to 5 minutes of discussion and interrogation takes place. Finally, everyone votes who they think is a werewolf. The player(s) with the most votes is killed.

If only humans are killed, the werewolves win. If any werewolf is killed, the humans win.

Another fun game of lies, deception and deduction, Good Cop Bad Cop is a 52-card game for 4-8 players. There’s one Kingpin and one Agent, and an equal number of Honest and Crooked Cops in the game. Players will know who they are when they draw a role card, and the object is to kill the opposing leader (Kingpin or Agent).

This game takes more time to play, about 10-15 minutes on average. The equipment cards offer a lot of options, and can even change your role in the game. It gets pretty exciting when players start pointing gun cards at one another. Eventually, someone is going to get shot (twice, one bullet only wounds). If it’s the Agent or Kingpin that dies, the opposing team wins.

This time, the deception and deductive thinking take place in the Wild West, where the sheriff and Deputy look to take down Outlaws and Renegades. The Sheriff and Outlaws are hunting each other. The Deputy must protect the Sheriff, even at the cost of his own life. And the Renegade… well, he’ll pick a side eventually. But only the identity of the Sheriff is known…

Each role has a different mission, and the first to complete their mission wins. Along the way, special cards help to get you there, like “BANG!” cards that let you shoot a weapon at another player, and “Missed!” cards that let you evade incoming bullets. I like the Gatling myself—it targets everyone, regardless of range. Yee-haw!

This particular game is also available in a BANG! Dice Edition that’s faster and equally entertaining, but less comparable to games like Coup.