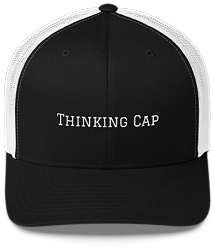 Mitaine is not your typical card game, nor does it call for your typical tactics. It falls more into the genre of fishing games than the more common melding, shedding and trick-catching varieties popular across Canada. And yet, strategically speaking, there are a lot more advantages players can gain by considering all the right angles, so make sure you’ve got your thinking cap on!

This article assumes you’re already familiar with the complete rules of Mitaine (English: Mitts, or Mittens). If not, please read this section first…

…then return here to learn more about:

The following considerations should help you become a more mindful, deliberate, and successful Mitaine player. If you’re playing with a partner, make sure they take a moment to read over this Mitaine strategy guide, too, especially under the intendment of competing for money.

1. Save the Best for Last

The very first rule of thumb is to get rid of your junk first, saving the best cards and groups for last. All odd cards—that is, cards that do not have matches to form Mittens, Gloves or Socks—should be the first to go.

Likewise, Mittens should be played before Gloves, Gloves before Socks, and lowest ranks before highest. Much like a game of Chess, there’s a proper order to conciliatory deduction. We sacrifice the pawns long before exposing the King.

2. Take Out the Trash

Be very careful about playing any 10 to a clear table. You could be handing your opponent an easy Mitten with the 10 of Diamonds.

On the flip side of that coin, holding the 10 of Diamonds presents a unique and oft-times precarious situation. On the one hand, you’re better off playing the 10d before calling any Mittens, Gloves or Socks, in hopes of being able to collect it in the pile. However, you run the risk of it being cleared by a Jack, or your opponent out-calling you.

In a 4-player game, look for an opportunity to drop the 10d on a pile your partner is about to capture.

4. The House that Jacks Built

Jacks are the most influential card in the game of Mittaine. Use them wisely! Do not play a Jack to an open table. Not only are you wasting an opportunity to clear the pile, you’re giving your opponent a precious chance to pick up a single-card Mitten or Glove in Jacks.

Saving your Jack could net you an opportunity to steal a Mitten or glove of Jacks for yourself.

If you’re going to call a Mitten, Glove or Sock, never do it on an empty pile. It’s too easy for your opponent to snag a double. When you do make calls, start with your lowest group and rank (see Rule 1).

The ability to remember what has been played over the course of a game will give you the best advantage in Mitaine. Knowing that you hold all the remaining cards of a rank can do wonders for your game, and prevent others from stealing your high scoring groups. It is especially handy in the final moments of a game. Knowing what cards your opponent is left with, you can avoid giving out an easy Mitten, or ensure collecting one for yourself.

Some of the above rules can be broken if you pay close enough attention to what is played. For instance, Rule 6. If someone has already discarded a 5, and you now have the other three, you can call the Glove on an empty pile with no threat of it being doubled.