The inaugural season of the Call of Duty League (CDL) wrapped up last week. Atlanta FaZe earned the most points throughout the series, but it was Dallas Empire sitting atop the Championship bracket when the virtual confetti dropped. It was a strange year, wrought with changes, but one that ultimately saw players and teams coming together to make the 2020 CDL Season a genuine success.

Now, here we are, just days later, and already, teams are prepping for 2021 CDL II. Black Ops Cold War is the new title for the upcoming season, and already, eSports players are being given exclusive early access to the game, to be released on November 13, 2020. 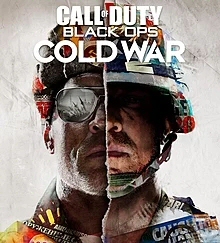 Like the previous season, CDL 2021 will see 12 teams competing for the CDL World Championship. It won’t be the old 5v5 format though. All teams will have to drop a starter come January as the new season begins in old-school 4v4 format.

Another upcoming change will see players leave the beloved PS4 behind as organizers transition to the brand new and long-awaited PS5. It hasn’t hit shelves yet, either. According to Sony officials, it will arrive ‘Holiday 2020’. No doubt the console will be out on or before November 13, when the newest edition in the Black Ops series hits shelves.

We don’t have too many details on the tournament yet, but here’s what we do know…

As is stands now, the 2021 season will feature 3-day online events, Friday thru Sunday, mimicking the majority of the 2020 season. The existing CDL Point System will remain in place to determine leader boards and rankings.

Each match won is worth 10 points, with a 10 point bonus to event winners. Tournament point distribution will be as follows:

When preliminaries are over, the top 8 CDL point teams will earn a spot in the 2021 CDL World Championship Playoff Series in August. The other four teams will be wild cards, competing head to head in single eliminations where the top two advance. This leads to double-elimination matches, determined by seed ranks, with the two top seeds receiving a bye week. The last two teams standing compete in the finals to determine the champion.

The following dates have been scheduled by 2021 Call of Duty League organizers (subject to change).