All Talk, No Action: Where are the skill slots games?

It wasn’t too long ago that casinos all over the world were facing a real problem, and in desperate search of a palatable solution. The issue at hand – how do you get millennials onto the gaming floor? Sure, you can attract them to the bars and clubs – they love the entertainment aspect of integrated resorts. But getting them into the casino? That wasn’t a whole different matter.

So all the consumer affairs and marketing gurus put their heads together for a universal brain storming session. What does the millennial generation like that past generations didn’t, particularly where gaming entertainment is concerned? The answer was simple enough. Millennials like a challenge. They like to use their brains. Most of all, they like fast-paced puzzle and arcade style video games.

This meant that the solution must lie in the development of new slots machines. Better slot machines. Slots that don’t play anything like traditional slot machines. Casinos needed to bring in skill-based slots, giving younger players that sense of control that they grew up with on PC and console video games.

Skill Slots Games to the Rescue!

With the answer right in front of them, games manufacturers immediately took to the drawing board to develop these new games. It took about a year for the first editions to make their way into regulatory offices for testing, and many more months for approval. New Jersey was first to heed the call, bringing skill-based games onto the floor of Atlantic City casinos.

Caesars Entertainment unveiled the very first skill gambling games at three of its Atlantic City properties (Ballys, Caesars and Harrahs) on November 2, 2016. It was a momentous occasion, hailed by the press and heavily promoted by the marketers of the casino, as well as the game’s creators, GameCo, Inc.

“We envision a bright, revitalized future in Atlantic City as a new generation of gamers find their way here!” Such was the proclamation of GameCo CEO, Blaine Graboyes, on that glorious day.

Six long and fruitless months later, Caesars threw in the towel. The new games were not drawing new players, young or old. They were merely taking up valuable space. The games weren’t even making enough money to cover their vendor fees. All 21 machines were removed. That was in the Spring of 2017.

Where Are the Skill-Based Slots?

Here we are, almost two and a half years later, and we’re still getting mixed messages about the value and popularity of so-called skillful gambling games. Every year, games makers bring hoards of new titles to the Las Vegas Convention Center to peddle their latest attractions. Yet each year, the games fail to make an appearance on casino floors; at least, not in any expansive way.

They’ve run their course in Atlantic City. They’ve even appeared in a few Vegas casinos, but with similar luck for operators. The only place they’ve shown any real potential seems to be California, where skill-gaming is the only legal option for commercial casino operators (slots and other games of chance are illegal).

Will Skill Based Gambling Finally Catch On?

Those stats aren’t stopping games manufacturers from building new skill slots. If the reports are correct, it shouldn’t. A recent publication from skills games company Synergy Blue says, ‘if you build it, they will come!‘ Okay, maybe not in those exact words, but close enough.

Synergy polled over 1,000 people and found that 79% of gamers would be more inclined to visit casinos if the games resembled the arcade, mobile and video games they are familiar with.

Next Gaming CEO Mike Darley agrees, and adds that today’s gamers “like to play games where they have some influence over the outcome.” With that in mind, Next Gaming teamed up with video gaming brands Atari and Taito to deliver gambling editions of classic arcade favorites, like Asteroids and Missile Command. These and other new skill games will be on display at the Global Gaming Expo, set to kick off in Las Vegas next week. 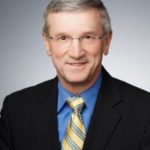 A New Era of Leadership for Caesars Entertainment 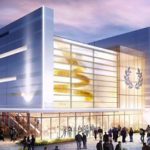 Rio on the Vegas Auction Block? What then for WSOP?