Skill slot machines are working to bring in young gamblers.

In 2010, Eric Meyerhofer had an idea. The electrical engineer who spent years running a slot machine ticket printing company wanted to file patents for a new genre of gambling devices. They would be interactive games that gave slots players a chance to win based on their skill and dexterity, as opposed to sheer luck.

He co-founded the company Gamblit Gaming, but no one shared his vision at that time. Although his presentations were bountiful, slots manufacturers couldn’t, or wouldn’t, embrace the new concept. So in 2016, Meyerhofer decided to do it himself. His company began creating these new skill slots on a 90-employee budget.

The Glendale, California-based company is still in its infantile stages, pulling in under $5 million in 2017. But the seeds he planted all those years ago are now sprouting, and he believes they will bear some delicious fruit in the very near future.

Shortly before Meyerhofer began producing these games, major casino corporations realized they had a huge problem on their hands. The millennial generation isn’t gambling. Every generation before them did. Casinos were always a teeming with activity. But this latest generation has little or no interest in the slot machines like their parents and grandparents.

Slots are the number one source of gambling revenue in the US and Canada. They have been for decades. If millennials don’t play them, what would happen to the casino industry? Operators needed a solution, and fast. 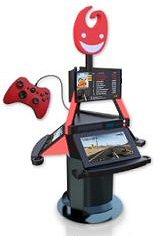 Lucky for them, Eric Meyerhofer was already developing the answer – skill slots.

Casinos were all too happy to try out the new games, but their regulators weren’t so sure. In order to install these new skill-based games, they had to meet the legal requirements of “slot machines”.

Meyerhofer was a step ahead on that, too. His company’s games combine skill and luck in a perfect meld that suits players, and legal structures. The chance of wining a prize in a game is based largely on a player’s skill and dexterity, like an arcade game. The actual prize awarded, however, is random, like a slot machine.

In this way, Gamblit games like Smoothie Blast, Lucky Words, and its upcoming releases of Pac Man and Deal or No Deal, already comply with local gaming laws.

Meyerhofer has already seen success with some of these games. He says Gamblit’s Grab Poker is bringing young strangers together. It’s a 2-4 player game where each strives to develop the best 5-card poker hand by grabbing the cards they want as they appear on the touch-screen table. He says this game tends to draw players who don’t know each. 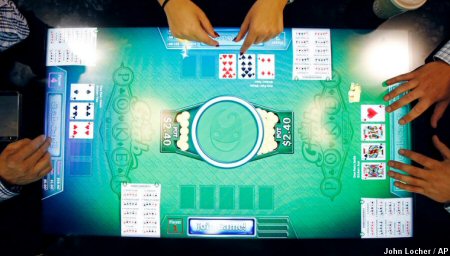 Friends, on the other hand, are flocking to the company’s Smoothie Blast and Lucky Words skill slots. In fact, they are almost always played by couples; so much so that Gamblit began building dual screens with bench seats rather than single cabinets.

Right now, skill-based slot machines from Gamblit, and rivals like GameCo, IGT and Scientific Games, are barely visible on gaming floors. Research by Eilers and Krejcik Gaming shows just 500 of the estimated 982,000 slots in North America are skill-based. Only regulators in California, Nevada and New Jersey even allow them.

Some casino execs are convinced these new games are the right answer to the growing problem. MGM’s SVP for Slot Machine Strategy, Rich Hutchins, told Bloomberg, “We believe that these are the games of the next generation.”

There’s no doubt in Meyerhofer’s mind that, once more regulators climb aboard, and these games become more prevalent in land-based casinos, millennials will naturally flock to them. He says as many as 70% of the customers that play their games now, weren’t visiting casinos at all a year ago.

That’s clear evidence to the company’s co-founder that skill slot machines are doing exactly what they were designed to do. “I have no lack of confidence that this is going to work.”