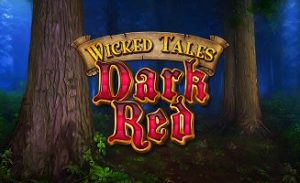 Microgaming‘s collaboration with independent gaming studios has been a phenomenal success. One of their more recent partners, Triple Edge Studios, has delivered some amazing online slots titles already. Last October, the developers brought us the bone-chilling Halloween Online Slot, based on the original 1978 John Carpenter horror film. This year, they’re spicing up the spookiest of holidays with another delightfully terrifying tale.

Microgaming announced this week the launch of the Wicked Tales: Dark Red Slot. Taking a devilish twist on a classic fairy tale, this one is teeming with a fantastic backstory, stunning graphics and exciting features. The game went live today, September 26, 2018, just in time for the ‘holiday rush’ at Microgaming online casinos.

David Reynolds, Games Publisher for Microgaming, is especially enthusiastic about this latest release.

“Wicked Tales: Dark Red brings back the exhilarating Wandering Reels feature alongside a gripping feature guaranteed bonus wheel, which can lead to a pick bonus round or free spins rounds. Triple Edge Studios have done an amazing job in combining darker elements with exciting features and new math design to inject newfound thrill and suspense into a classic tale.”

After giving this game a go for the first time today, I’m really hoping the ‘Wicked Tales‘ title prefix implies a whole series to come. The sub-title, Dark Red, indicates the game’s theme, revolving (loosely) around the classic tale of Red Riding Hood. Triple Edge Studios took a fantastic twist on the story. The strong female lead is enamored with a ruggedly handsome rogue by day, but stalked by his ferocious werewolf form beneath the ominous moonlight.

Wicked Tales: Dark Red boasts Triple Edge’s trademark Wandering Reels feature. The 5 reels always contain two 3-high reels and three 4-high reels. The 4-high reels wander randomly across the screen with each new spin. So, one spin might be played at 4-4-4-3-3, another at 3-4-4-4-3, and another at 3-3-4-4-4. The 4-high wandering reels can randomly produce Jumbo Blocks, where a single symbol covers the entire 3×4 block.

The HD-quality imagery is befitting of the theme, and the musical score really draws you in. Symbols include the red-caped wolf hunter, rogue, wolf, love letter, and amulet on the high end; card values J-A on the low end. The Full Moon and Dark Red logo are special symbols.

A trio of Full Moons will unleash the Wolf’s Wheel Bonus. Here, players can spin the wheel to win instant prizes, 9 Free Spins or a trip to the Forest of Fortunes; the game’s special prize pick bonus. In the forest, the handsome rogue transforms into the werewolf. Players will choose up to 10 leather pouches. Each contains a cash prize, an axe, or a wolf. The wolf ends the bonus game, but collecting axes will fend off the wolf to keep the game going.

No doubt, the new Wicked Tales slot Dark Red is going to attract a lot of players as Halloween draws near. Could it be frighteningly entertaining enough to dethrone Microgaming’s Immortal Romance as the top played online slot every October? Only time will tell…