Online Slots Secrets: When to stop the slot reels from spinning. 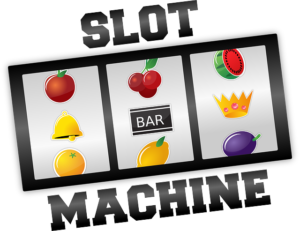 When playing the slot machines, you usually have the option to press a button to stop the reels from spinning. You may be able to stop one reel at a time, or instantly bring all the reels to a sudden halt. Alternatively, you can let them spin away and come to a stop naturally.

A lot of players are staunch believers in stopping the slots reels on their own. They get the feeling that they’re controlling their destiny; that if they push that button at just the right moment, it will deliver the very symbols they need to hit the big jackpot—or any winning combination, for that matter. But is that really the case?

When to Stop the Slot Reels from Spinning

One of the biggest land-based and online slots secrets casinos don’t want you to know is that stopping the reels does no beget a different outcome. If you ask, they will most likely tell you that pressing the stop button doesn’t change your odds of winning. But that can be taken one of two ways.

Slot machines run on a random number generator (RNG), so if you were to let the reels spin out, or stop them yourself, your odds won’t change. That much is true. You’ll be just as likely to win with the machine’s results as you will timing out your spin. But that’s as much as they want you to know.

What really happens—the part they don’t like to mention—is the reels are speeding their way to the exact same result. When you press that button, the reels stop in the same position they would have landed had you left it alone.

The RNG determines the result of a spin the very moment you press the spin button; not the moment the reels stop. So, no matter what you do, the result will be exactly the same.

Why Casinos Want You to Believe Otherwise

Casinos don’t want you to know this, and there’s two very simple reasons for it. Both of them lead to the same road—putting more money in the casino’s win column.

First of all, if you believe you can control your destiny, you’re more likely to play the games. It adds to the excitement level. Unfortunately, for some people, it can cause them to lose more than they intended. Either way, the end result is the same; more money for the casino.

Secondly, it speeds up your game play, thereby speeding up the rate at which you’re likely to lose money to the casino. Slot machines are already notorious for being one of the fasted casino games to play. So, of course they want you to think stopping the slots reels is better for your odds. It’s really better for theirs. The faster you spin, the faster they win.

I’m not saying it’s impossible to win on a slot machine. Some players do get lucky, and can win enormous amounts. But pound for pound, the casino will win more than their collective players. If one person wins a $10,000 jackpot, the casino didn’t lose. Many other players will collectively lose more than $10,000, and then some, to make up for it. When players stop the slot reels from spinning, they are only increasing the speed at which the casinos win, nothing more.