Despite its immense size, covering a land mass of about 1.75 million square kilometers, its population is sparse. Only about 36,000 people live here, ranking it high among the world’s most remote populated regions. Being home to a high-altitude polar climate doesn’t exactly encourage migration to the area. The people of Nunavut are a stalwart bunch, willing to bear the frigid weather for the high income potential of the region’s lucrative mining industry.

What do people do with all that money? Not too much, really. Entertainment venues are few and far between. For the more adventurous risk-takers, there aren’t too many ways to go about gambling in Nunavut. There’s a lottery and Pro-Lines, of course. Card games and bingo are permissible, with a proper licence. But there are no casinos, no slot machines, no blackjack tables to speak of.

The people of Nunavut do have access to modern technology, though. A home desktop computer or mobile device grants access to an abundance of offshore, internationally regulated gambling websites. Since Nunavut doesn’t regulate its own iGaming website, residents are often left scratching their heads, all wondering the same thing…

Is Online Gambling Legal in Nunavut?

Unfortunately, there are no specific online casino laws Nunavut players can look to for an answer. So today, we’re going to thoroughly examine the express gambling laws of Nunavut and Canada in hopes of answering that all-too-common question.

We’ll start with gaming legislation that could relate to online gambling in Nunavut. Then we’ll move on to federal laws, via the Criminal Code of Canada.

Like all Canadian provinces and territories, the legislative framework fails to address anything outside of authorized gaming. Nunavut’s gambling authorization piggy-backs off the Lotteries Act of the Northwest Territories; understandably so, as Nunavut was a part of NWT when the Act was passed in 1990.

The only thing the Act does is give the territory the right to supply short-term licences to charitable organizations for “lottery” games. By the Act’s definitions, lottery applies to all forms of legal gambling:

Although the term “casino” does appear here, it does not refer to what most of us think of as a casino. Only charitable organizations can set up casino games, and the licence they obtain is only valid for up to 3 days. Furthermore, each community can only host one charitable gambling event per six months.

As far as penalties goes, the Lotteries Act does little more than clarify potential punishments for any person or operation that hosts gambling games within Nunavut without a licence. Internationally regulated casinos do not apply, as they are not hosted within Nunavut.

Again, there are no express laws dealing with online gambling or online casinos within the Criminal Code. Many legal experts have already agreed that this antiquated and arguably ambiguous scripture of orthodox behavior is inconclusive when it comes to internet-based gambling activities. That’s because it does nothing more than outlaw every form of gambling, while giving provinces and territories control of legalizing and regulating any type of gaming they see fit.

Evidence to that fact is found in the Criminal Code, Part VII, Section 207:

One could argue that, because slot machines aren’t specifically legal in Nunavut, then playing slots at an online gambling site is not legal either. However, the argument that Canada has no jurisdiction over international operators is more appropriate, and much more likely to uphold in the high courts, should anyone ever bother to raise such a challenge.

In more than two decades – longer than the Nunavut Territory’s existence – only one case has ever been tried in Canada. British Columbia succeeded in charging an online gambling site with illegal gambling in 2001.

The facts in that case were simple. The company (Starnet Communications Intl) was located and licenced offshore in Antigua, and accepting players from Canada. But that alone was not enough to return a verdict of guilty. The single, solitary factor that broke the proverbial camel’s back was Starnet’s physical presence in Canada. The company held an office in Vancouver. Oops! Busted…

As such, Canadian law has already established that an offshore online casino with a physical presence in Canada is, most definitely, illegal. Furthermore, a Nunavut resident who accesses such a site could get in trouble for participating in illegal gambling.

However, playing at an internationally regulated casino managed by a team with enough brains to stay offshore? That has never once been subject to challenge in Canadian courts, because such a lawsuit would likely fail. Most legal eagles agree that, until such a legal precedent is set, online gambling is perfectly legal for players in Nunavut.

Disclaimer: Please note that we are not lawyers, and are not qualified or attempting to offer legal advice. The following is our personal interpretation of current legislation. For precise clarification of the laws in Nunavut and/or Canada, please contact an attorney or local authorities. 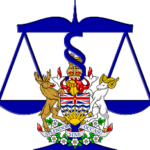 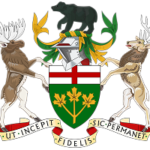