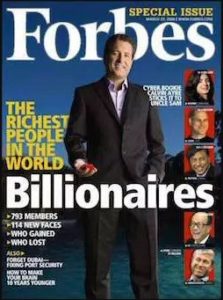 The most famous iGaming mogul of all time, Calvin Ayre, is living the high life. He’s been enjoying the tropical climate of Antigua for many years now – the Caribbean island he absconded to after US authorities named him a fugitive for conducting illegal online gambling activities in the US via Bodog Entertainment Group.

The Canada native’s fortune is vast. In 2006, he was ranked the 746th richest man in the world, making the cover of Forbe’s Magazine. Last summer, he finally faced the music in US courts when the government agreed to drop all felony charges. Instead, he pleaded guilty to a misdemeanor charge related to online gambling, paid a $500k fine and wiped his hands of the situation.

Amidst it all, Ayre was also one of the early adopters of Bitcoin investments. Needless to say, his fortune grew immensely with the astronomical rise in the cryptocurrency’s value. Now, with no weight upon his shoulders, it seems he’s found another unique project to funnel all that digital wealth into. 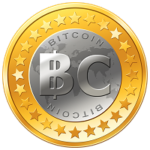 Calvin Ayre is investing approximately $100 million worth of Bitcoins into a new Caribbean resort property. He’s constructing the hotel, spa and entertainment complex in the heart of Antigua’s upper-class community, known as Antigua Valley Church beach.

Ayre’s not just using Bitcoin profits to build the resort. He’s building a resort that operates on the popular Bitcoin cryptocurrency. The 5-star beach-front property will be accepting Bitcoin cash payments for all online booking and reservation services. Bitcoin cash will also be an option at all POS terminals within the complex.

Ayre says that construction of the upmarket resort has already begun, expressing his excitement over the venture. “This resort will attract a totally new market segment of tourism on the island — successful wellness-seekers who also want to have fun.”

The iGaming and digital currency tycoon adds that the resort will welcome guests from all over, including local walk-ins. “The property will not be an all-inclusive destination,” he says. “Instead, its amenities will be available to residents of Antigua and Barbuda and visitors alike.” 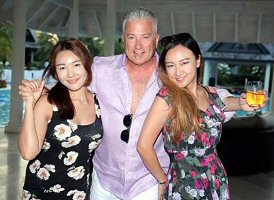 The leaders of the island nation of Antigua and Barbuda love this guy. He’s actually been dubbed “his excellency”, and appointed special economic envoy of the region. When asked their opinion of his latest project, Antigua’s Prime Minister Gaston Browne couldn’t have been more thrilled.

“We expect the resort’s novel and exciting concept to broaden Antigua and Barbuda’s tourism product and bring a new category of tourists to our islands,” says Browne. “We look forward to working with Mr Ayre on this resort and the many other investments he has made in Antigua.”

No word yet on when the online gambling magnate’s Bitcoin resort will hold its grand opening. I suspect when it does, it will attract a throng of affluent travelers. No doubt some of the wealthiest cryptocurrency profiteers will stop in for a visit; perhaps Bitcoin billionaire brothers Cameron and Tyler Winklevoss, Bloq cofounder Matthew Roszak, or Coinbase CEO Brian Armstrong, to name just a few.

Royal Vegas, the #1-Rated Casino for Canadians is currently offering a wide range of credit card deposit options, anything from prepaid gift cards to mastercard and Amex. That, and a world-class gaming experience, with innumerable table games, card games, and live dealers, and fun for everyone ! RV has been in the business for a very long time, a decade long. Thumbs up !