Unraveling the mysteries of the highest paying slots in land-based casinos.

Every avid gamblers has their own idea of how to beat the casino. Some are successful, at least some of the time, but most are not. For slots players, it often has to do with the wide range of theories revolving around where to find the best slot machines, especially in a land-based casino. 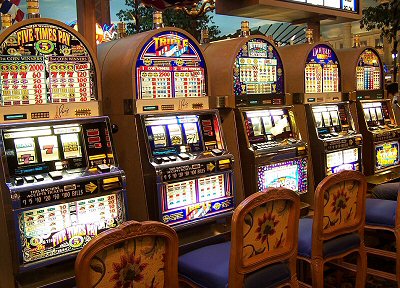 Realistically, there is no specific strategy that’s going to help you win at slot machines. They are truly a luck-based game. Slots are entirely unpredictable. They’re made to be that way. The random number generators (RNG) infused into their mechanical brains provides no patterns whatsoever.

For this reason, you’re just as likely to win a huge payout on two spins in a row, as you are to lose on 50 spins in a row. They are designed with a built in payout percentage, or RTP (return to player), but those are long term derivatives, not short term guarantees.

If a machine’s RTP is 90%, it’s not going to spit out $90 in winnings for every $100 it takes in. It will be years before the RTP aligns so precisely. So again, consecutive wins or losses are not uncommon.

The only effective strategy is to find a machine with the highest RTP, and hope that luck is on your side. That’s how educated slots players manage to walk away a winner more often than not.

This is where so many gamblers have misconceptions about casino slots. Most will naturally assume that the highest paying slot machines must be tucked away in some dark, smoky corner. Placing them in an unattractive position on the gaming floor will keep customers from playing them very often, right? That’s actually not the case at all.

Casinos know that winners are their best advertisers. Thus the highest paying casino games are going to be installed in a highly visible, central location. They want players to win, and they want everyone around them to see it happen. Casinos won’t lose money this way, because they’ll be collecting the bets of all those players who were encouraged to give the slots a spin by the one or two people who hit it big.

What About Penny Slots?

Casinos love to advertise penny slots, and players flock to them like flies on a dung pile drenched in maple syrup. The assumption – highly supported by casino operators – is that these games will help a player’s bankroll last longer. That may be true – if you can take your time instead of mashing the Spin button every second. But these games are the casino’s biggest money makers, because they have the lowest RTPs in the house.

If you’re in it for entertainment only, yes, penny slots are a great option! I don’t discourage that at all, since the house will always have an edge over the player. But if your goal is to find the highest paying slot machines, these aren’t them.

An NBC-CT investigative report in 2015 revealed the actual RTPs for various slot denominations in some of the largest casinos in North America, and the results are telling.

Hot Games Can Be the Best Slot Machines

So many times, I’ve seen players avoid a machine that just paid out a jackpot. “It just hit, it won’t do it again anytime soon,” they say. Well, that could be true. But it’s just as likely that the machine that won – especially if it’s in a central location – is one of the few programmed to be among the highest play slots in the casino.