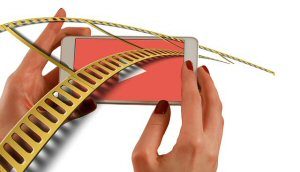 Bell Canada is among the largest telecommunication, internet and satellite TV service providers in the country. As such, it should come as little surprise that the company is beseeching the government to enforce a block against piracy websites.

Last week, during a government meeting on NAFTA negotiations in Ottawa, Bell’s SVP of Regulatory Affairs, Rob Malcolmson, addressed federal officials. He described Canada as a safe haven for internet pirates, calling for legislative IP-blocks and stiffer penalties against violators.

Piracy websites provide free access to copyright television and movie content that viewers would traditionally have to pay for. The same content many of Bell Canada’s subsidiaries, such as Bell TV, provide through subscription-based satellite TV services.

Malcolmson noted that Canadians visited piracy websites 1.88 billion times in 2016. With that, he laid out a plan for blocking access to piracy websites.

First, an independent agency—he suggests the nation’s CRTC broadcast regulator—would be responsible for creating a blacklist. It would contain the domain names of all known websites offering downloads or streams of pirated content.

Then, Canada’s internet service providers (ISPs), like Bell Canada, take charge. They would be responsible for blocking Canadian IP addresses from accessing the sites on the blacklist.

“So you would mandate all [ISPs] across the country to essentially block access to a blacklist of egregious piracy sites,” he concluded.

Can It Work? Experts Say No

Canadian copyright holders do have the right to sue websites that infringe upon their copyrights. And other countries have similar content access laws in place. The UK can block access to an illegal website, with court approval.

However, the plan to block internet pirates, as Bell Canada proposes, is receiving heavy criticism. Professor Michael Geist, an internet law expert with the University of Ottawa, believes its lack of judicial oversight could lead to pandemic censorship of the internet.

“Engaging in extrajudicial attempts to block access to sites, I think, raises all kinds of Charter of Rights and Freedoms issues,” Geist contends.

As Quebec learned the hard way, it’s a violation of the federal code to block offshore online casinos that accept Canadians. The province devised a similar plan to require internet providers to IP-block so-called illegal gambling websites in late 2015. Despite raging controversy, it was passed into law in May 2016.

Almost immediately, it was challenged in federal court. Following months of hearings on the matter, Canada’s telecom regulator deemed the law unconstitutional.

One of the major issues was Quebec’s desire to increase revenue from its homegrown online gambling website, EspaceJeux. Provincial gaming regulators claim the law would protect consumers. Yet evidence clearly depicts their desire to eliminate competition for their own gain.

The fact that the request to block piracy websites is coming from Bell Canada, a company that provides satellite TV and mobile TV services all across Canada—and is surely losing money to customers who drop their TV service in favor of streaming from piracy websites—doesn’t bode well for the plan.