Last October, the future of virtual reality casinos, poker rooms, and sports books was all the buzz. Juniper Research had released a study, theorizing that VR gambling would experience fantastic growth of 800% by 2021. All existing evidence points to truth in that data.

Already, we’ve seen an immense surge in virtual reality gaming apps for mobile devices. These aren’t VR gambling apps, per say, but rather free to play games and social apps that represent what the technology is capable of.

On Google Play, many of the highest rated apps have already received from 1-5 million downloads. These include popular titles like Samsung VR, Fulldive VR, VR Cave, VR Heights Phobia, X-Racer and Jurassic VR. Some apps, like VR Roller Coaster, have become so popular, they’ve hit between 5-10 million downloads already.

There’s even a Netflix VR app that’s designed to give users a real movie theater experience. That particular app is in need of improvements, as a multitude of reviews have suggested. But comparing what it is to what it will surely become, the inspiration is phenomenal.

There are already a number of VR casino apps on Google Play, but again, these are free-to-play slot machines and blackjack tables, not the genuine real-money variety. For that, we turn to the VR gambling innovations of Microgaming.

The Isle of Man-based software giant has spent more than two decades pioneering every aspect of the interactive gambling industry. It’s no surprise Microgaming already launched an award-winning VR Roulette game, which debuted at the ICE Totally Gaming conference in February of 2016. 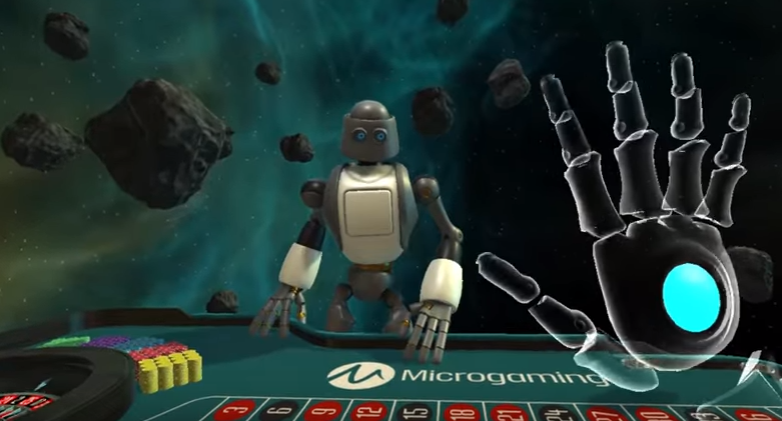 VR gambling is clearly the wave of the future, but like most things, it will take some time to reach a pinnacle of interest from consumers. When Microgaming released the first casino apps for touch-screen smartphones, it took a few years to really catch on. Once it did, mobile gambling quickly overtook desktop gambling, which had enjoyed a decade of uncontested success.

There’s no doubt that VR gambling will reach its projected revenue stream of $520 million by 2021, as predicted by Juniper Research. Compared to the $58.5 million VR gambling generated last year, that figure represents an 800% increase in five years’ time.

When The Price Is Right…

For now, the biggest hindrance has been the availability of cutting edge virtual reality headsets to the average customer. Production of the technology has been expensive, to put it mildly, translating to a high cost for consumers.

Some manufacturers have been able to release cheaper versions. There’s even Google’s famous Cardboard VR headset, which retails for $10-$15. But they certainly don’t live up to the expectations of high end products from Oculus Rift, which go for about $800.

For the moment, that leaves the VR gambling industry to rely on the risk-taking adventurism of high-rollers. Those who can who can afford the best are already using it to access the limited variety of virtual reality casino games currently on the market.

As the cost of high quality VR headsets comes down, and the variety of VR casino games rises, they will meet in the middle. The end result—a perfect symmetry that will launch VR gambling ever skyward. 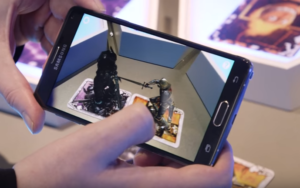 Assisting in that growth will be the adoption of augmented reality, or AR gambling; something that’s currently being developed by—you guessed it—Microgaming. The company is already inviting users to “unlock the magic of augmented reality” with its latest release of an AR app that revolves around 13 of the developer’s most beloved slots characters.