It is said that Rummy can be traced back hundreds of years, derived from Chinese gaming culture. However, Rummy isn’t a single card game. It is, in reality, a vast category of games, all of which involve the basic concepts of “drawing, discarding, and melding” special groups of cards.

Rummy 500‘s history actually dates back about 100 years to the early 1900’s. But to best describe its lineage, we must begin much further back with the very first Rummy-style card games.

History of Rummy 500 Begins in China

While it’s impossible to put an exact date on its origins, most gaming experts can agree that Rummy games in general began with the Chinese card game of Mah Jong (known by a variety of spellings). No one seems to know exactly when that game was introduced, although it’s been narrowed down to sometime in the mid- to late-1800s. 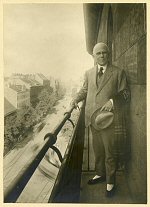 The first known documented evidence of Mah Jong in North American culture dates back to a paper published by American ethnographer, world traveler and gaming enthusiast Stewart Culin in 1895. However, that game didn’t really gain popularity here until the 1920’s. It’s suspected that, sometime between those two dates, Rummy 500 was introduced.

In his scripted musings, Culin also wrote of a game suspiciously similar to Gin Rummy, played in Mexico and adjacent US states, known as “Ramy”. The altered name, Rummy, is most certainly a transatlantic adaptation of that title, and eludes to Mah Jong’s funneling to North America from the Orient, via Mexico.

Culin spoke of that game’s popularity among Apache tribes, who called it “Con Quién”, which raises even more questions about the origins of Rummy 500, and its predecessor, Gin Rummy.

A very similar game to Mah Jong is the Chinese game of “Kon Khin”, which none will argue seems incredibly similar to the name “Con Quién”. Furthermore, in the 1887 release of The Standard Hoyle gaming guide (two years prior to Culin’s publication), a Gin Rummy-esque game was described under the title “Coon Can”. Ten years later, Foster’s Complete Hoyle (R. F. Foster, 1897), told of the same rules for a game called “Conquian”.

As the popularity of Rummy 500’s rules spread across the continent, it became known by a wide assortment of names. Many books refer to it as 500 Rum. It’s also known as 500 Rummy, Pinochle Rummy (ostensibly due to the common target score of 500 in Pinochle), Joker Rummy (since some rule variations do not call for jokers), or simply Rummy.

In some groups, it’s called Gin Rummy, or Michigan Rummy, although those titles belong to two very different Rummy games altogether, where specific melds must be played with each progressive hand.

It is from Rummy 500, however, that most newer variants are believed to have developed. Canasta, for example, is a very similar game to Rummy 500 which also draws its rules from Bridge, with both games specifically developed to accommodate 4 players, with partnerships. Coincidentally (or not), Bridge and Canasta both appeared in Canada around the 1920s.

Today, Rummy 500 and a plethora of newer Rummy variations are played all over North America. It’s enjoyed in social crowds, tournament structures, and is incredibly popular in the online card gaming realm as well.