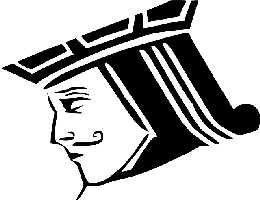 Euchre is one of the world’s most popular card games. You won’t find it in any major live poker tournaments, like the World Series of Poker, as it requires partners and doesn’t offer the same depth of strategy. However, from Europe to North America, the game continues to enthrall players at home, and some taverns love to offer up a tournament now and again.

Great Britain – specifically the Cornwall region – is home to the most avid Euchre players. It’s also very popular in Canada, New Zealand and the United States. Here in Canada, the largest volume of Euchre fans are found in Ontario, as well as Nova Scotia, with a sprinkling of fans throughout the Midwest.

Euchre is one of the worlds oldest card games, dating back to the 18th century. It’s believed to have originated in Alstasia, a former area north of the River Thames in London. Alstasia was known as a sanctuary back then; a place where criminals gathered to escape the reach of the law. Presumably, British rogues wiled away the hours playing Juckerspiel; the name by which it was known prior to Euchre.

A trick-catching card game, Euchre is ancestrally derived from an even older game by the name of Ombre. That version – one of the oldest European card games known to man – originated in Spain as a 3-player game in the late 16th century. It swept Europe in the 17th century, taking on new names along the way.

The Bower of Power

The term Bower identifies the highest ranking cards in a hand of Euchre. The word “Bower” comes from the German word, “Bauer”. Literally translated, it means “Farmer”, but it also means “Jack”.

In fact, the Alstasian name “Juckerspiel” says it all. In German, “Jucker” means “Jack”, and “spiel”
means “game. Thus Euchre is quite simply the Jack Game. The term Jucker is also believed by many historians to have influenced decks of playing cards more than any other game in history.

Most researchers agree that Juckerspiel (Euchre) made its way into North America by way 18th century immigration. It spread quickly from German settlers in Pennsylvania, and was also brought over by British settlers; especially those from Cornwall, where the games is immensely popular to this day.

By its original name, Juckerspiel, is believed to be the cause of North American games manufacturers adding the first “Joker” to decks of playing cards. Jucker and Joker are incredibly similar, and in the US version of the game, the Joker is the “best bower”. Or, as Encyclopedia Britannica so eloquently defines it, “a glorified jack”.

To this day, there are many, many variation of Euchre. The most common rule alterations have to do with the number of cards, number of players, bidding on trump, and scoring the game.

In the UK and US, a single joker is most often applied to the deck as the Best Bower. By Canada Euchre rules, there is no joker, making the Right Bower (Jack of Trump) and Left Bower (Jack of same colour suit), the most powerful cards in the game.

Traditionally (and in Canada), Euchre is played among 4 players with a 24-card deck (no joker). Some games allow up to 6 players, utilizing the 7s and 8s for a sufficient number of cards. In 3-player games, there are no partners. All participants must go alone.

That about wraps up the history of Euchre. If you want to learn more about the game, check out our other sections on Canadian Euchre Rules, Common Euchre Variations and Euchre Strategy.