Home  »  Blog • Casino Games • Craps   »   The Superstitious Gambler: How to bring Good Luck to the Casino 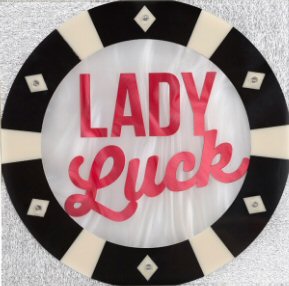 There are lots of superstitious people out there that believe a lucky charm will bring them prosperity. In turn, they believe bad luck can be brought on by doing or saying the wrong thing. Today we’ll look at common gambling superstitions, how to bring good luck to the casino, and how to avoid the tainting of bad luck.

Before we get started, let me say this. I’m not really one to believe in superstitions. For instance, I don’t agree that gifting someone a knife will sever the friendship. However, I do believe in the power of the mind, and that what you focus on will grow. The power of positive thinking, if you will. If bringing along a lucky charm to the casino gives you a heightened sense of positivity—a feeling that you’re destined for great prosperity—I say why not?

The three most common positive gambling superstitions revolve around the carriage of physical good luck charms, choice of clothing, and handling of dice at the craps table.

A rabbit’s foot, four-leaf clover, horseshoe… lucky charms have been utilized for centuries by people all over the world. The great thing about these charms is that they don’t have to be chosen by folklore. One person’s good luck charm may be entirely different from someone else. It could be something sentimental, like a picture of a loved one worn in a locket. Or something as simple as carrying the pen you aced your final exams with in college. So long as the item is special to you, it can exude positivity.

This popular superstition dates back to ancient China, where the color red signifies good fortune, eternal happiness and wealth. If you’ve ever seen a Chinese wedding, you surely noticed the abundance of red being worn. Gamblers picked up on this years ago, and have since worn red clothing to bring good luck to the casino. For most, it goes even deeper. The red item worn—whether actual clothing or an accessory, like a purse, bracelet or hat—must be gifted to you.

Marlon Brando started this one in the 1955 film Guys and Dolls when he pleaded with Lady Luck not to go blowing on the dice of other men. Since then, blowing on dice has become so commonplace, most people will even do it in a family friendly game of Farkle or Yahtzee. A lot of men will seek out the most beautiful woman at the craps table and ask them to blow on the dice, following in the old Frank Sinatra tradition that, “Luck be a lady tonight”.

As always, with the good comes the bad. Here are three of the most (least?) popular bad luck moves any superstitious gambler will want to avoid at the casino.

Everyone knows 13 is the unlucky number of the west. It’s believed to be so unlucky, you won’t even find a 13th floor in any North American hotels. In the east—particularly China—4 is the ominous number to avoid. The reason behind it is simpler than you may think. The word “four” in china is nearly a homophone for the word “death”. Similarly, you can’t mention “books” in a casino, as it sounds like the word “lose”. Instead, the Chinese love the number “eight”, because it sounds like the word for “prosperity”.

#2 No Singing or Whistling

Singing or whistling is another big no-no at the casino. It’s believed by some to anger the Gods of Gambling. It can also be incredibly irritating, so just don’t do it.

As most know, crossing your fingers is supposed to bring good luck. The opposite is true of crossing your legs. If you bring to the casino good luck charms, this action will counter them, as it’s said to ‘cross out’ your good luck.