European Roulette makes a perfect example. The wheel has 37 numbers and three possible colors that players can win or lose—red, black and green. There are 18 blacks, 18 reds, and 1 green (the 0). The factual probabilities of any of these colors winning are:

The most common gambling fallacy in the world is that if one color, red or black, hits many times in succession (with or without a green 0 in the mix), the remaining color is bound to hit next, or at least very soon.

Some have argued that, the more time red hits in a row, the lower its probability becomes to hit on the ensuing spin. And since the total combined probabilities must always be 100%, it will, in effect, raise the probability of black hitting on the next spin.

This is completely, totally, absolutely, 100% wrong! A roulette wheel has no memory. It has no preference. It is a random entity that will deliver the exact same odds on every single spin, regardless of any event that may occur before or after that spin.

Simply put, if red hits 8+ times in a row, do not bet your life savings on black. There’s still a 51.4% chance you’ll lose everything. 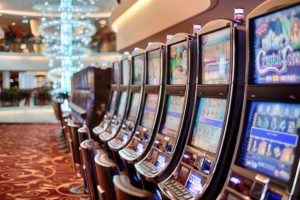 Another common myth is that slot machines will only pay out their jackpot about once every few years. If you happen to see someone win a jackpot, or hear that it’s been released recently, you may decide to avoid that slot machine. But that logic is wrong.

Slot machines, like roulette wheels, have no memory. They do not decide when to hold or release a jackpot. That determination is left to each machine’s random number generator (RNG).

The RNG constantly cycles through a large sequence of numbers, and stops on a number at the exact moment that a player presses the spin button. Those numbers determine the outcome.

In reality, a slot machine is just as capable of releasing two jackpots in consecutive spins, as it is waiting 3 years to strike another jackpot.

‘Due For A Win’ Gambling Fallacy

The worst of all casino myths is the one that convinces players they are ‘due for a win‘. Just because you haven’t won in a while doesn’t mean you’re luck will suddenly turn around.

For arguments sake, let’s say you’re betting on something that has a 25% chance of winning. If you make this same bet 4 times in a row, probabilities would say that you’re bound to win one of them. If you don’t win one of them, it doesn’t mean your win is ‘overdue‘.

Unfortunately, many gamblers make the mistake of increasing their bet size at this point, assuming that the natural laws of probability will favor them, and they’ll win the larger bet.

The problem is that, while mathematical probabilities do hold true in the long term, they rarely align in the short term. If a roulette wheel is spun 1 million times, odds are the ratio of red, black and green will work out extremely close to their respective 48.6%, 48.6% and 2.8% probabilities. But spin the wheel 10 times, and odds are they will look very different. 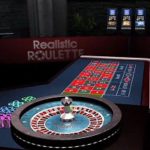 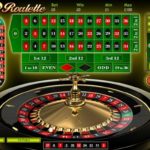