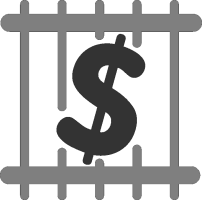 The very first legal online casino in Pennsylvania went live on July 15, 2019. Nearly two years have passed since, remarkably without incident – or so it seemed. It came to light this week that one of PA’s prominent online gambling operators, Parx Casino, was actually penalized for a negligent violation. Funny thing is, that violation occurred on July 12, 2019 – three days before the first iGaming website was authorized for launch.

The violation itself was a menial one, in which a game was accidentally installed live on the website. The problem was the two people actually found the game, and were able to place real money wagers on it. We’ll talk more about how that happened, and the result, in a moment. What’s more interesting, in my opinion, is that it took almost two years for the incident to surface.

Being such a controversial issue for so many years, you would think a story of this nature would have been the subject of major media coverage. It took years for Pennsylvania’s legislature to actually approve online gambling in 2017, and two more years to finalize regulations and hand out operator licenses. Perhaps, after all that work, immediately dishing up fines wasn’t the kind of information they wanted share with the general public. Or, maybe the actual infraction was so menial, it wasn’t considered newsworthy at the time.

On July 12, 2021, an employee of GAN Ltd., digital games supplier for Parx Online Casino, was testing out some of the digital gambling amusements that would soon be available to adult customers in the Keystone State. It was nothing more than a routine check-up. But somewhere, somehow, something went wrong. Two of the games being tested – both virtual video slot machines – were accidentally set to appear live on the Parx Casino website.

It didn’t take the technician long to realize the mistake. According to reports, the games were only live on the iGaming portal for approximately 16 minutes. Unfortunately, that was enough time for two random individuals, who happened to be browsing the website at that time, to find those active slot machines. They didn’t just find them – they played them, for real money.

As crazy as it sounds, those two players were able to place close to 500 wagers on the accidentally-active slot machines in that period of time. One player casually spun the reels 33 times, betting a total of $37 dollars, and losing $28 of it. The other player must have been spamming away on the Spin button, as he managed to place a staggering 466 bets, totaling $3,576. That player lost $393 before the game was taken offline.

There’s two pieces of good news in all this, as noted by Parx Chief Compliance Officer Bryan Schroeder. First and foremost, no one lost money on those games. Parx Casino was quick to refund all of the wagers and losses to both customers. Secondly, Parx Casino wasted no time in tattling on itself for the incident.

Parx notified the Pennsylvania Gambling Control Board (PGCB) as soon as the mishap occurred. No doubt the PA online gambling regulator was lenient on Parx for having self-reported the incident. A $5,000 fine is hardly a slap on the wrist for such a vast, multi-million dollar hospitality company such as this one. But, it does show that they aren’t fooling around.