New 3 Hand Blackjack by HungryBear at BC Canada online casino. 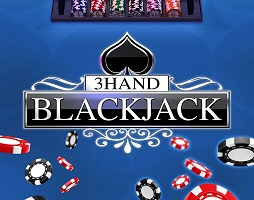 There’s a new blackjack variant at British Columbia’s provincially regulated online casinos, Playnow.com. We’re going to teach you how to play it, and how much you can expect to win/lose for doing so. It’s a 3-hand game, wherein players are given the option to compete in up to three hands at a time, against the dealer’s one. That’s not an unusual feature. What is unusual about these new blackjack rules is that they converge into a house edge of 1.06% – or is it 0.58%? Apparently it depends on who you ask.

Creator and Supplier Disagree on RTP of New Blackjack Rules

According to the game’s creators at HungryBear Gaming, their 3-Hand variant of Blackjack comes with an RTP of 98.94%, which translates to a house edge 1.06%. Bea rin mind, this information is coming from the creators of the game – the deciders of its rules – the brains behind the math. But a blackjack game with a house edge of 1% or more is almost unheard of! No seasoned blackjack player would wittingly choose this game; not when it’s common knowledge that the average house edge in blackjack is just 0.5%.

The British Columbia Lottery Corp (BCLC), which offers the new game on its ring-fenced BC online casino, Playnow, doesn’t seem to agree with HungryBear’s math. They offer a lot more information on the game, including a complete rules and fact sheet. That document specifically states:

“This game has a theoretical Return to Player of up to 99.42% based on best player strategy.”

All things considered, I’m leaning towards BCLC’s determination more than the game’s own creators. Here’s why.

HungryBear Games does not detail the rules of its games on their website, nor does it offer demo play. BCLC’s online casinos provides both. According to them, the rules of 3-Hand Blackjack are as follows:

While the fact sheet does not share any pay table info, the game’s introductory page on Playnow details the payouts as:

the only thing we don’t know is how many decks are in the shoe, but its impact is minimal enough that we can assume 6, without disrupting our ability to figure out who’s right or wrong. Which brings us to…

After injecting all of the known blackjack rules into our trusty house edge calculator, we find that BCLC is right. With the information available, the house edge comes to approximately 0.59%, which is incredibly close to BCLC’s affirmation of 0.58%. Therefore we can assume the new 3 Hand Blackjack game on Playnow features an RTP of 99.42%.

It’s also worth noting, however, that Playnow offers additional blackjack games with even higher RTPs. Their original “Multihand Blackjack”, also offering up to 3 hands per game, features an RTP of 99.60% (house edge 0.4%). The higher the RTP, the better the game for players. 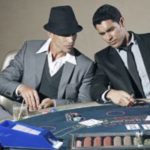 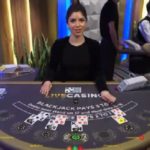 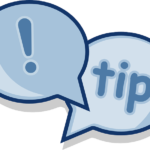