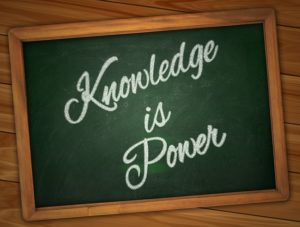 To the less experienced, logically thinking player, it would seem that the number of decks used to play blackjack has no impact on the game or its house edge. With a standard 52-card deck, there are four of each card. Increase to 2 decks, and it becomes 8 of every card. The number of cards rises proportionately with the number of decks, therefore there should be no change, right? It’s not that simple.

This does not mean, however, that playing against an 8-deck shoe is the better option. Quite the contrary, in fact. Although the dealer’s odds of an Ace becoming blackjack turn more towards the players favor with higher decks, the overall game value is much, much better for players with fewer decks in use.

Having a smaller range of cards will work to your benefit. This is why it’s so hard to find single-deck blackjack games anymore—at least, not in a terrestrial casino. Online, they exist in abundance. But the El Cortez in Las Vegas is the only land-based casino known to host single-deck blackjack, with the enormously desirable 3-2 payout for a blackjack intact, and reasonable minimums of $5 to $10. Everywhere else, you can expect a full 6-deck or 8-deck shoe, and/or a payout of 6-5, with minimums starting at a brow-raising $25.

All other rules aside, a traditional blackjack game that employs a single deck of cards will carry a house edge of about 0.3%. Increase to the more common 6 or 8 decks, and the house edge jumps to 0.54% or 0.58% respectively. That’s a massive jump, nearly doubling the casino’s advantage just for tossing a few extra decks into the mix.

The incremental rise in house edge is most drastic when jumping to 2-deck and 4-deck games, with the increase becoming smaller as the deck number gets larger. Still, it continues to get worse with each deck added, as shown in the chart below.

House Edge by Number of Decks in Blackjack

There are a few other things you’ll definitely want to look out for to maintain the lowest possible house edge. First and foremost, never play blackjack with a 6-5 payout for a natural. The house edge climbs an astronomical 2%! Only play if the rules pay the traditional 3-2.

Having the option to surrender, both early and late, will also benefit your game. You’ll want to be able to double down on any two cards, double after a split, and see the dealer stand on soft 17. Finally, although this combination with the rules above is rare, also look for multiple splits, and re-splitting of aces.