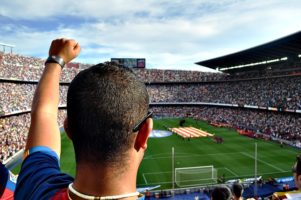 The English Premier League is back! I know, I know – it was hardly even gone. Following an unavoidable delay in the 2019/20 schedule, the previous season just wrapped up seven weeks ago. Congratulations go to Liverpool for taking home their first championship title in over 30 years. But that’s behind us already as the new 2020/21 season got underway on Saturday, and with it a whole new line-up of betting on English football.

To the surprise of no one, both Manchester United and Chelsea got off to fantastic starts, taking out Leicester City and the Wolves respectively with matching scores of 2-0. The new champs in Liverpool outed Newcastle 3-1. These were all games that got plenty of action, padding the wallets of exploitative online sports bettors around the globe.

With online wagering at an all-time high these days, the UK Gambling Commission (UKGC) and its gambling addiction charity, GambleAware, figure this would be a perfect time to up the ante on its safe betting campaign. They’re doubling up on their Bet Regret ad campaign to help propagate awareness among punters.

The ad campaign is geared primarily towards the male betting population, ages 18 to 34. According to studies, this group is at the highest risk of compulsive and/or addictive behavior. Bet Regret is designed to make sports fans aware of the predilection to impulsive wagering before and during football matches.

The new Bet Regret ads began airing on Saturday, with the first TV commercial seen during the match between Fulham and Arsenal. The ads will continue to appear on television and in the digital (online) space. The spots are themed around wrestling, suggesting that sports betters “tap out”, and take a break from wagering.

One Year in, GambleAware Says So Far, So Good

The Bet Regret initiative was launched by GambleAware in 2019. According to heads of the organization, they have seen some success with it. They believe a notable amount of damage to punters’ families and finances has been averted due to the ads.

Professor Sian Griffiths OBE is the Chair of the Global Health Committee, Associate Non-Executive member of the Board of Public Health England, and trustee for the UK’s GambleAware. Griffiths commented on the organization’s intent for the renewed Bet Regret campaign.

“The first year of the Bet Regret campaign had a positive impact on our target audience,” continued Professor Griffiths. “We are looking to build on that success by influencing behaviour change through encouraging sports bettors to ‘tap out’ of their gambling app and take a moment to reflect before placing a risky, impulsive bet.”

The UKGC has been working diligently to make the land-based and online gambling space as safe as possible for customers. This latest campaign – uniquely funded by the fines operators pay for violating any terms of their UK license agreement – is just part of the way regulators maintain the world’s strictest player protections. 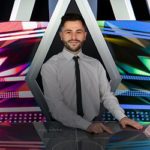 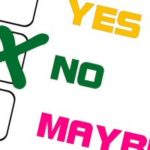