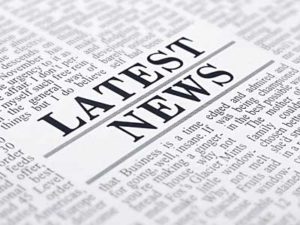 The legalization of sports betting, both online and on land, was a momentous occasion in Colorado. Millions of sports fans rejoiced at the opportunity to put action on their favorite leagues, teams, and athletes. The state was eagerly excited to get sports betting underway, as it all but guaranteed a vast new revenue stream, capable of funding everything from education to local community projects. Now, as we look back at the first eight months of regulated sports gambling, we’re beginning to see just how strong Colorado’s interest is.

The first sportsbooks were allowed to go live in Colorado on May 1, 2020. For the next eight months, ending December 31, 2020, the state’s betting industry is reporting a collective total of almost $1,185,754,617 in wagers taken. That figure is impressive on its own; more so due to the fact that, in the earliest months of launch, most sporting events had either been canceled or postponed.

No doubt the Colorado Department of Revenue was pleased with the results. The state’s Division of Gaming poured $3.4 million over the last eight months into CDR coffers.

“Hitting the $1 billion mark is a milestone event for the department, leading us to believe that the trust and competition in the industry are leading bettors from the black market to the regulated market,” read a statement from CO Division of Gaming Director Dan Hartman. “We believe the legal marketplace is having and will continue to have a positive impact on Colorado.”

As 2020 dwindled now, more and more sports leagues were getting back to their respective arenas. December saw the highest margin of bets coming in. Coloradans set the bar high last months, placing a record $248.5 million in bets in December alone. That figure represents a 23% increase from the previous month’s total.

Not surprisingly, the National Football League attracted the largest amount of wagers in December as the league’s top teams fought for a place in the post-season playoffs. American pro football games drew $88.1 million in bets throughout the month. Rounding out the top five in highest bet generators were NBA basketball ($42.8 million), NCAA basketball ($35.2 million), NCAA football ($14.9 million), and table tennis ($10.9 million).

Also worth noting is the fact that, in December, digital (online and mobile) sportsbooks accounted for $244.1 million, or 99% of all wagers placed in Colorado’s regulated market. The remaining 1% ($4.1m) in wagers were placed across the state’s land-based sportsbooks in Black Hawk, Central City and Cripple Creek.

Officials are looking forward to another exciting and lucrative year ahead. Mark Ferrandino, Executive Director of the CO Department of Revenue, is especially excited to see what the future holds in 2021.

“I am thrilled to see the success of Colorado’s regulated sports betting program, especially coming out of a turbulent year,” said Ferrandino in a statement. “As we look to 2021, we are focused on continuing our collaborative stakeholder engagement to remain poised for success.”