Bad beats happen in poker. You must be able to take the hit and live to fight another day.

This debate is never likely to end, because there are too many parties, with too many variable interests, involved in the conversation. Anyone who’s ever played the game with serious intent knows that the third response is correct. Poker is a game that’s heavily dominated by skill, but also impacted by chance. 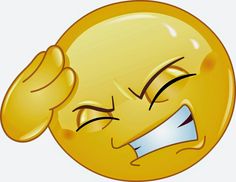 The best player in the world can shove all in with the nuts on the flop, only to lose to some numskull newbie who made the call on a whim, then struck an improbable flush on the river. It’s not always about making the right mathematical call, or reading weakness in your opponent’s glazed eyes. Bad beats happen to everyone. Being able to come back from them, without losing focus or your entire bankroll, is the important thing.

Bad beats are notorious for putting players on tilt. Once tilted, bad decisions will always follow. Overbetting hands, chasing pots, giving away tells—abandoning all sense of logic and strategic thinking. 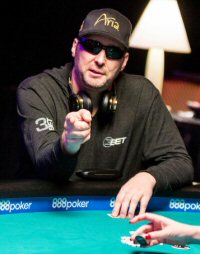 It’s happened to us all at some point or another. Experience is often the underlining factor between those who can and cannot handle a bad beat at the table. But sometimes, even the greatest veterans of the game fall apart. Ever watched record-holding 15x WSOP bracelet winner Phil Hellmuth Jr. take a hit? He can get downright belligerent, flinging F-bombs like confetti on New Years. They don’t call him the Poker Brat for nothing.

It’s outbursts like these that have lost him many, many more tournaments than he’s won. But there’s no denying he’s able to come back from them. You don’t carry 15 WSOP bracelets around—5 more than anyone else in the world—if you can’t take a hit.

Take the Hit and Live to Fight Another Day

It’s not just keeping your wits about you, either. It’s about maintaining a bankroll large enough that you can always come back. If you’ve put your entire bankroll into a big tournament, what happens when you bust out on the bubble? You lose everything. You have to start over from scratch. That can be the worst tilt of all.

The bottom line—you should never put more than 10% of your bankroll at stake for any tournament or cash game. There should always be plenty of funds to fall back on, because the fact is, you’re not going to win them all. You can play and bet with perfect math, and some dimwit with nothing better to do than make the call can still take you to the cleaners.