Tips and strategies to win Yukon with a Partner. 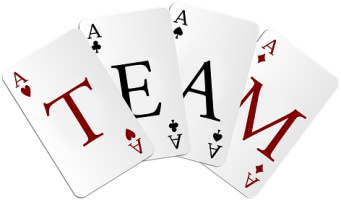 Although Yukon is a rather unique card game when compared to other trick-taking titles, the strategies required to edge out your opponents aren’t much different. Taking care of trumps, paying close attention to what has been played and by whom, and making sure to collect as many point-value cards as possible is the key to winning this game.

As detailed in our Yukon Rules section, this century-old Scandinavian-Canadian card game is most often played in partnerships with four players, separated into two teams of two. As such, it’s not just how well you play the game as an individual, but how well you and your partner collaborate and work together.

How to Win Yukon (more often)

The best strategy here is to keep your points close, and your Yukons closer. Make every trump count. There are four players and four Jacks, so odds state you will probably have just one. When you can play it is determined by the rules of the game. You can’t play a Yukon if you have any other card of the suit that’s led. If you do not have a card of the suit led, you must play a Yukon. Unfortunately, this takes the control out of your hands, unless you’re leading to a trick.

Leading with a Yukon

Leading a Yukon can be a great boon for points, if you’re paying close enough attention. On the positive side, your partner is sure to throw you as many points as possible, preferably a 10.

Your opponents won’t throw you any points, unless they happen to have no cards of the Yukon’s suit that you led. If you know a player has no cards of that suit, and believe they have a Yukon, they will be forced to throw you all those points. The negative here, however, is if an opponent plays the Grand Yukon (J♠), thereby stealing all of your points.

As I said, paying close attention will help you decide if leading a Yukon is the right move. It’s usually best to save your Yukons for catching points.

Play to your Partner’s Strengths

Once again, keen observation will get you everywhere. Keeping a close eye on your partner can do wonders for your score. Knowing what suits they are and are not strong in will help you lead the best cards, and play points you believe they’ll be able to catch.

For instance, if an opponent leads Q♦, your partner plays K♦, and the next opponent plays a low club, what have we learned? For one thing, unless you’re holding it, we know your partner has the A♦. Secondly, the opponent on your right has no Yukons. This makes it safe for you to lead a diamond to your partner, who will catch it with the high-point-yielding Ace.

These and other intricate strategies for Yukon will come to you naturally as you get more familiar with the game. It’s a good idea to play with the same partner as often as possible. Getting to know how they play, how their mind works in deducing card values, will lead to organic synchronization. Once you achieve this, you can safely go out and play partners against other teams in tournaments, or at least feel more confident putting money on the line against other practiced teams.