What you’ll need to play blackjack at a virtual reality casino.

Every few years, the online gambling community is introduced to some type of new technology. First, it was download versus instant-play Flash casinos. Then, it was live casinos, followed by mobile gaming via touch-screen devices. The latest technology to hit the industry is virtual reality. It hasn’t hit trending mode yet, but I assure you, it is coming.

Every new wave takes time to crest before it crashes onto the digital market. The very first live casino studios arrived in 2003, but it took 3-5 years for them to become popular. The first mobile casino apps also appeared in 2003. They were a complete disaster until smartphones came along, and even then, it took a few more years for the mobile revolution to go mainstream.

Now, I’ve no doubt that developments in VR tech over the last few years will culminate into a mass market iGaming trend. All it needs is enough players to appreciate the technology that powers it. The original VR headsets came in two basic styles – super expensive and blatantly cheap. If you bought the expensive stuff, the quality was all there, but capabilities were at a minimum, and if you went the cheap route, the quality was so bad you were turned off from the whole idea. Remember Google Cardboard? Enough said…

Now that the electronics companies and online casino software firms have had enough time to fiddle with the idea, it’s finally starting to come together. Quality headsets are now available at multiple price points, and more virtual reality programs are being introduced to make the technology more appealing. For iGamers, the latest and greatest is real money VR blackjack. Before you can try it out, you’ll want to go over our equipment checklist.

What You Need to Play Blackjack at a Virtual Reality Casino

First and foremost, you’re going to need a virtual reality headset. Which is best will depend on the flexibility of your cash flow. 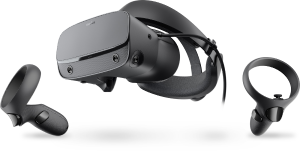 If you’ve got the cash to spare, the Oculus Rift S is by far the best VR headset money can buy. Since last year’s release, replacing the original Oculus Rift, the OR-S has seen its price drop to about $400, which is great news for an industry that’s still struggling to go mainstream. This headset has it all. It’s easy to set up, offers a ton of feature perks, has precision response to movement, and is remarkably comfortable to wear. 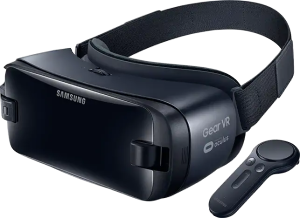 This is the best option for mobile VR gaming – meaning you have to have a mobile phone inserted into the headset. The problem is that it has to be a Samsung phone. Not only that, the phone cannot be anything newer than the Samsung S8 or S8 Plus. The S8 Note, S9 and anything beyond that isn’t compatible, and Samsung hasn’t issued a version update since Gear VR’s 2017 release.

If you’re an Apple fan, your choices of mobile VR headsets are much farther apart in quality. You can pay about $400 for the Oculus Quest, which is fantastic, or around $75 for the underwhelming VR Pansonite. They only get cheaper and less appealing from there.

Next – and thankfully, last – are your system requirements. These are the minimum recommended specs for a desktop computer or mobile device; whichever you intend to do your virtual reality casino gaming on.

Mobile: Smartphones need an array of technology to run VR properly. The phone must be equipped with an Accelerometer Sensor, Gyroscope Sensor, and Magnetometer Sensor. Don’t worry, if your phone can auto-rotate its screen and run GPS navigation, it has all of these. Other recommended specs include Android 4.4+ or iOS 8+, at least 2GB RAM, and a 4.5” or better display screen.