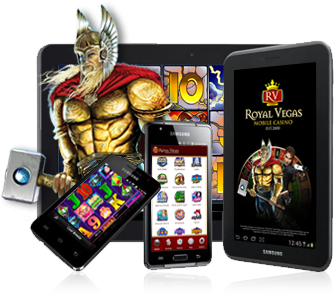 It seems like the biggest gaming story of the year is the so-called imminent regulation of single-event sports betting. While everyone anxiously awaits the day old-fashioned, parlay-style sports lotteries expand into single-game betting opportunities – both in the retail space and online – it kind of seems like everyone forgot we already have safe, secure, legal access to online and mobile casinos.

Online gambling is nothing new to the Great White North. In fact, tech-savvy Canucks have been using internet casinos for decades. It hasn’t always been as safe or well regulated as it is now, but the truth is, gambling online has never been illegal in Canada. It’s more like a fine wine that only gets better with age.

The first online casinos opened their virtual doors in the mid 1990s. These were legal in Canada, just as they were in almost every other country on the planet, simply because they were too new to be expressly illegal. Only jurisdictions that specifically outlawed all forms of gambling considered these websites to be off limits. As time went on, many countries moved to script gambling laws, mostly prohibiting internet casinos, but Canada was not one of them.

According to the CA Criminal Code, gambling is only illegal if the operation of said gambling takes place within the country, and that operation lacks authorization by the province or territory in which it is taking place. Both of these factors must be present to apply. Thus, an offshore gambling website with no physical presence on Canadian soil is not subject to local law.

The conclusion – one that countless law firms have agreed with – is that online casino games are legal in Canada, simply because they are not illegal.

If You Can’t Beat Them, Join Them!

As the old adage goes, “If you can’t beat them, join them.” That’s exactly what a number of provincial governments chose to do over the last twenty years or so in an effort to compete with overseas gaming markets. British Columbia was the first, launching its provincial gambling website, PlayNow, in 2004. Quebec followed suit with the launch of Espacejeux in 2010. Manitoba teamed up with BC in 2012 to share its player base, and Ontario went live with PlayOLG in 2015.

Now here we are in 2021. Not much has changed since then. Residents of the country’s largest provinces have access to local and international gambling sites. Canucks outside the realm of regulated iGaming jurisdictions are limited to the international variety only.

Local vs. International – What’s the Difference?

The most remarkable difference between local and international iGaming operators as that all domestic operations are authorized, regulated, and monitored by their provincial government, while international operators may or may not be strictly regulated. It all depends on where the operation is located and/or licensed. Some overseas jurisdictions are more reputable than others.

The UK is renowned for being the strictest of all internet gambling jurisdictions; far more strict than Canada, in fact. Any operator licensed by the UK Gambling Commission is required to maintain compliance with a long list of regulations. These include stringent player protections and anti-money laundering rules. Breaking any of these rules will result in a massive penalty, with the possibility of temporary or permanent license suspension.

The Malta Gaming Authority is also among the world’s most reputable iGaming jurisdictions, just a hair behind the UK. Alderney, Gibraltar, and Isle of Man are not far behind. So, while internationally regulated operators licensed in these jurisdictions may not have to answer to our local Canadian government, they still must answer to their own government. And that makes them just as safe, secure and respectable as the home-grown online casinos of Canada.

What you need to avoid are online casinos boating a license from irresponsible jurisdictions, such as Costa Rica, Panama and Belize. Even Curacao, despite self-professed iGaming eminence, has one of the most lax regulatory regimes. In these countries, any operator with enough money can get a license. The only requirement is that they pay their dues and don’t accept local customers. Player protections are virtually non-existent.

Anything Else I Should Know?

We’ve covered the most important facts, but there are some other differences you should probably be aware of. First of all, sports betting might not be legal yet in Canada, but that doesn’t make it illegal to bet with offshore websites. Again, follow the jurisdictional licensing suggestions above to ensure your own safety and security. Otherwise, there’s no reason you should have to wait.

The best advice I can give you is to educate yourself and shop around. When you know what you want, and which websites you can trust to deliver it, you can confidently take charge of your own iGaming experience.

RoyalVegas.ca is our editorial pick for your specific gaming needs in 2021. Currently offering an entire suite of live dealer games, as well as a wide range of Canadian deposit options, RV truly offers a world-class gaming experience.