Evolution Gaming has been the dominate leader in live online casino gaming for more than a decade. Scientific Games (SG) was founded in 1973, introducing the world’s first secure instant lottery ticket the following year, then going on to produce some of the world’s finest physical and online casino games; particularly famous for their slot machines.

Apart, these two companies are in the extreme upper echelon of their respective fields. Together, they are a powerhouse of digital mastery, the likes of which have yet to be rivaled in the universal iGaming industry.

Evolution and SG first aligned in 2016, thanks to a mutual burgeoning relationship with the British Columbia Lottery Corp (BCLC). Three years later, their partnership has blossomed into a bountiful harvest, but they’re not done blooming yet as a new fruit-bearing interest is in the works.

Up until now, Evolution’s multi-award-winning live dealer platform has individually uploaded onto SG’s regionally inclined software systems. It was SG’s long-standing partnership with the BCLC that helped the Canadian gaming regulator finagle a contract with Evolution in 2017.

That deal resulted in Evolution’s first expansion into North America, establishing a live casino studio in the heart of Vancouver. Those tables have been live-streaming over Scientific’s BCLC-approved systems for nearly two years now. Success in the BC region was so rampant, Loto-Quebec wasted no time following in their footsteps to mimic the duo’s live casino integration.

Canadian provinces weren’t the only jurisdictions to take notice. Scientific’s license to operate in New Jersey soon brought Evolution’s live tables to the US market via SG’s relationship with land-based casinos in Atlantic City, including Resorts Casino Hotel and the Kindred Group. The European group’s live dealers have been broadcasting to American’s on the east coast for more than a year.

One success after another – why stop there? Now, the heads of those two companies have put their signatures on a new contract that will see Evolution’s live dealer platform launched on Scientific’s world class OpenGaming System (OGS); the platform licensed by SG’s global operating partners. This new deal will expand Evolution Gaming’s presence to many new locations all over the world.

A Beneficial Partnership for Everyone

James Stern is the Chief Business Development Officer of Evolution’s America & Land-based division. “We have worked with Scientific Games for a number of years on exclusive game content and we are glad to extend this relationship and have Evolution’s Live Casino available on the Scientific Games platform,” he said in a press release announcing the latest deal.

“We are delighted to add Evolution Live Casino games to our OpenGaming ecosystem, which includes our OGS content aggregation platform and is renowned worldwide for the quality and breadth of content it offers,” reciprocates SG Digital Senior VP of Casino, Dylan Slaney.

“Evolution’s world-class Live Casino offering now adds even further choice for our licensees across multiple territories, including the US to provide their players with feature-rich multi-studio content and experiences.”

No doubt, this extended partnership will benefit everyone involved in the live dealer mobile casino deal – Evolution Gaming, Scientific Games, SG’s licensed online casino operators, and the countless members who enjoy the offerings of those live dealer casinos. 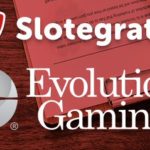 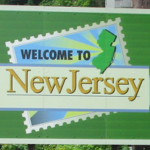 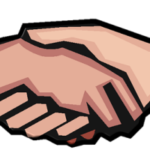