Assuming you’re old enough to have an antiquated interest in the politics of online gambling, think back to 2011. The biggest story in iGaming revolved around what became known as the Black Friday of Online Poker; the seizure of PokerStars, Full Tilt Poker, and Absolute Poker by the US Department of Justice. They were the world’s largest online poker websites, thought untouchable by their own executive officers, as well most of the Americans.

For five years, they all ignored the verbiage of the UIGEA, which deemed internet gambling to be illegal in the US… until April 15, 2011, when the DoJ proved them wrong.

Absolute Poker immediately shut down. Full Tilt turned out to be a Ponzi scheme, unable to pay back the hundreds of millions of dollars worth of account balances due to American players. PokerStars was the only one to resurface on its own. Its owners paid a tremendous fine of over US $700 million, settling their own debt with the US government, and agreeing to paying off the due balances of Full Tilt’s former members in exchange for ownership of the FTP brand.

When you think of that situation, and how well PokerStars recovered in the subsequent years, it doesn’t make their current situation seem so bad. Much like their unceremonious eradication from the US market all those years ago, PokerStars current owners, The Stars Group (TSG), are taking another (notably smaller) financial hit as they were not-so-gracefully booted from the Dutch market this month.

On Monday, the Kansspelautoriteit (KSA), gaming regulator for the Netherlands, published a document revealing the action taken against Canada-based TSG earlier this month on September 3, 2019. That document revealed that KSA had launched an investigation into the internet poker operator in July of 2018. What it found was that Pokerstars.eu had intentionally and unlawfully targeted Dutch players.

A mound of evidence shows that the operator was doing nothing to stop players in the Netherlands from accessing the internet poker room. In fact, they were, in many ways, inviting Dutch players to partake in their services. From July to August 2018, the exclusively-Dutch payment processor, iDeal, facilitated more than a quarter of a million transaction between Dutch players and Pokerstars.eu, and when a player physically located in the country clicked on the form to register a new account, Netherlands was automatically selected as the country of residence.

These features, combined with a long list of other locally-targeted infractions, were more than enough evidence to convince the KSA that The Stars Group was knowingly and willingly in violation of jurisdictional laws. TSG was fined €400,000, making them the third company – following bwin and Unibet – to get slapped by the Netherlands’ gaming regulator since August of this year.

Law States Poker is Illegal Outside Holland Casino – For Now…

The KSA admits that poker is legislatively defined as a “game of skill” in many jurisdictions of the world. However, Netherlands is not among them. According to local laws, poker is a “game of chance”, and the only place in the country that’s legally permitted to offer poker games is Holland Casino.

As such, the KSA concluded the following. Note that the text was translated from Dutch to English. therefore marginally adjusted for better understanding.

“Via the website pokerstars.eu [from] the period 26 July 2018 [through] January 10, 2019 games of chance [were] offered online without a license on – in each case – the Dutch market. This is a violation of article 1, paragraph 1…of the Betting and Gaming Act.

“This violation is attributed to TSG Interactive Gaming Europe Limited in Malta. A fine of €400,000 is imposed.”

What makes the decision all the more disheartening for TSG is that Netherlands has set a tentative date of January 1, 2021, for the launch of a regulated online gambling market. For operators in the KSA’s good graces, like the UK’s 888 Holdings, obtaining a license should be a breeze.

License holders will be able to access the Dutch market without fear of illegal online poker sanctions. PokerStars, along with bwin and Unibet, will instead be warming the bench. That was the same fate PokerStars suffered in the US market, waiting two years (2013-2015) to be approved for a license in New Jersey following that state’s legalization and regulation of iGaming. 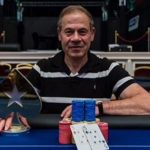 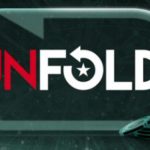