On September 12, the first scheduled debates between candidates in this year’s Canadian federal election will take place. They will continue for the next six week, after which the public will take to the polls to choose the nation’s Prime Minister for the next 4 years. Will Justin Trudeau retain office? Will he be unseated by Conservative Andrew Scheer? Could Jagmeet Singh come from behind for the upset win?

Whatever the outcome may be, Jim Lawson, CEO of Woodbine Entertainment Group, hopes it comes with heavy support for legislation to permit single-game bets on sports, and that that legislation comes with a clause to funnel some of the profits into the horse racing industry.

Sports gambling wasn’t an issue in Canada for years. It is legal, provided it was done via the nation’s regulated sports lotteries, wherein certain parlay wagers are available. Canadians were content with this, mostly because it was far better than the sports betting prohibition thrust upon their neighbors to the south more than 25 years ago, and partly because they’ve had access to offshore sports gambling since the dawn of internet sportsbooks.

That all changed in May 2018, when the US decided to lift its ban on professional sports betting. Suddenly, Canadians felt they deserve the same legal betting options – namely the ability to place a straight-up bet on a single sporting event.

The issue has become prominent enough among both citizens, who feel they should have that right, and politicians, who see a vast revenue stream just waiting to be tapped. Lawson believes that this year’s candidates will recognize those arguments, using the issue for leverage in their upcoming debates.

“It’s clearly not a lead platform matter,” said Lawson, “but at the same time, the market in Canada may be anywhere from $12 to $15 billion.” He believes a revenue stream of that magnitude could be a boon for cutting provincial deficits.

Lawson understands that some will always take the moral and ethical stance against sports betting – all forms of gambling, for that matter – but he believes the practice is “generally acceptable”, and that it’s going on with or without the government’s consent anyway.

“Much of the public is already (betting on sports) and they’re doing it off-shore… It’s a $12 to $15 billion revenue source that I think the federal politicians are going to step up and pay attention to,” he said. Lawson feels the U. S. Supreme Court decision will be a catalyst for federal politicians who are looking to find new ways to generate revenue as the world becomes exponentially more expensive.

“When you see that sort of potential revenue source, combined with the fact that much of it is going off-shore, I think there’s likely an obvious need to corral some of that revenue or the greater portion of that revenue,” Lawson explained. “I think it’s going to grow substantially once it’s done legally and marketed properly, which cannot occur in this country today because it’s illegal.”

A Means to Save the Horse Racing Industry

Lawson’s opinion is a biased one – not because he wants to bet on his favorite NHL team, but because he’s looking for a means to save his beloved horse racing industry. As the CEO of Woodbine, he knows better than anyone just how critical government funding is to racetracks all over the country.

The fact is, horse tracks would no longer exist without supplemental funding. It’s the reason so many tracks are suping up their gambling offerings with casino games, and the reason Jim Lawson is supporting a drive to legalize sports betting in Canada, despite his certainty that sports gambling will “completely cannibalize rural Canada and all of the racetracks…

“There’s a big cultural component in Canada of horsepeople and the horse industry and it will be substantially hurt if horse racing doesn’t have a role in sports betting,” he said. Lawson is pushing for legal single-game bets because he believes it will easily generate the necessary revenue to continue funding horse racing, without raising taxes. And that’s something he believes most citizens can agree with. 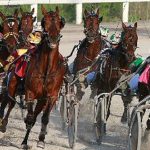 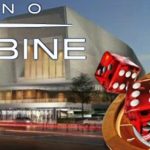 Woodbine Casino getting Complete Makeover in 2020

Eligibility to play Casinos in Canada by Age Limit 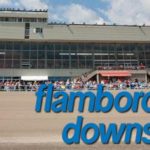 Horse Racing at Flamboro Downs, 19+ in the Grandstand 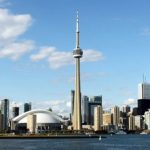